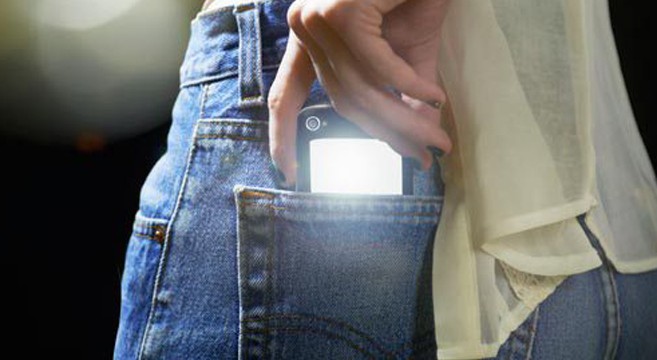 New research published in the The Journal of Computer-Mediated Communication demonstrates the enormous impact that smartphones have had on our bodies and minds. In order to determine the what impact “iPhone separation” would have on its users, each of the study’s participants were put through a series of cognitive and physiological tests as they were distanced from their ringing iPhone. During the tests, “heart rate and blood pressure increased, self-reported feelings of anxiety and unpleasantness increased, and self-reported extended self and cognition decreased. These findings suggest that negative psychological and physiological outcomes are associated with iPhone separation.”

“Attachment to one’s cell phone may result from the phone’s capacity to provide information access, social interaction, and personal safety (Aoki & Downes, 2003). One alternative explanation as to why people may become attached to their iPhone is the component of fear of missing out (FoMO), which is operationally defined as ‘the fears, worries, and anxieties people may have in relation to being out of touch with the events, experiences, and conversations happening across their extended social circles’ (Przybylski, Murayama, DeHaan, & Gladwell, 2013, p. 1482). For instance, research by Rosen, Carrier, & Cheever (2013) and Rosen, Whaling, Rab, Carrier, & Cheever (2013) found anxiety to be associated with not being able to check in using various technologies, such as checking online social networking sites such as Facebook. In addition to FoMO, psychiatric researchers have defined a new disorder related to people’s dependence on mobile devices termed Nomophobia (a portmanteau for “no mobile phone” and phobia). This disorder refers to the pathological fear, anxiety, or discomfort related to being out of touch with technology (King et al., 2013).”

In the discussion section of the study, the authors write: “Our findings suggest that iPhone separation can severely impact attention during cognitive tasks. Perhaps not just in the case of completing cognitive tasks, but also in all areas of our lives including communicating with strangers, friends and family, colleagues, and care-providers. Simply not being able to answer one’s iPhone may reduce attention toward those daily interactions. In addition, separation from one’s iPhone may also impact allocation of mental resources to processing media.” There is much more to these results than what you read above, and you can read the full fascinating report by visiting The Journal of Computer-Mediated Communication. (Photo via Getty).

Previous post:
The 78-Year-Old Bodybuilder Named Ernestine Who Could One Day Live To Be 1000 Next Post:
Watch This Fascinating Report On Henri Matisse, His Iconic Cut-Outs, And MoMA’s New Exhibition