Kevin Jorgeson and Tommy Caldwell are on the home stretch of their “free climb” of The Dawn Wall, on Yosemite’s iconic El Capitan rock face — the longest, hardest rock climb in human history.  Although others have climbed the mountain face in the past, it was with the use of drilled bolts and rope pulling.  Kevin and Tommy’s climb is the very first to use no equipment to aid their ascent — their fingers, however, are taking a beating (they climb at night when it’s coldest which does less damage to their fingers).  The gruelling climb often finds the pair making leaps into thin air as their bodies lose contact with the rock.  Yosemite’s Dawn Wall has excellent cellular service, so the pair have been tweeting and Instagramming their daring adventure since they first began on December 27th (although they are not answering emails and phone calls as The Telegraph reports).

Just over two weeks into their climb, and Kevin and Tommy just made it past the most impossibly difficult portion of the climb — the dreaded pitch #15 which The Telegraph says “requires a sideways leap and a grab on to a tiny sliver of rock.”  Kevin Jorgeson is a renowned climber and motivational speaker, and you can learn more about his life by visiting KevinJorgeson.com.  Tommy Caldwell is considered the #1 climber in the world.  National Geographic recently called him “arguably the best all-around rock climber on the planet”.   All this despite the fact that Tommy only has 9 fingers (he lost one in a table saw accident in 2001 while renovating his home).  Tommy also famously survived a six-day hostage crisis one year before in 2000, when he and three other climbers were taken hostage by Al Qaeda after they descended from the peak of a 1000-foot mountain in Uzbekistan.  Held at gunpoint, they even had to hide behind boulders to survive a shootout with the Kyrgyzstan Army.  After six long days, Caldwell grabbed the gun of one of the terrorists and threw him off the cliff top (the terrorist survived the fall and Caldwell and the others escaped).

CHECK OUT THE NEW YORK TIMES’ STUNNING MAP/PHOTO OF THE DAWN WALL ROUTE BY CLICKING HERE. 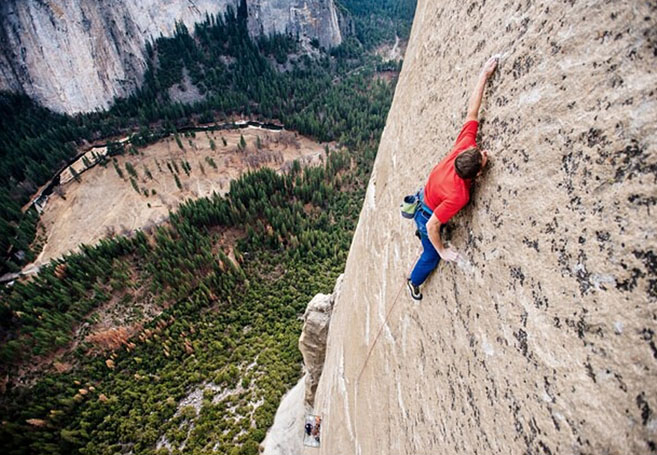 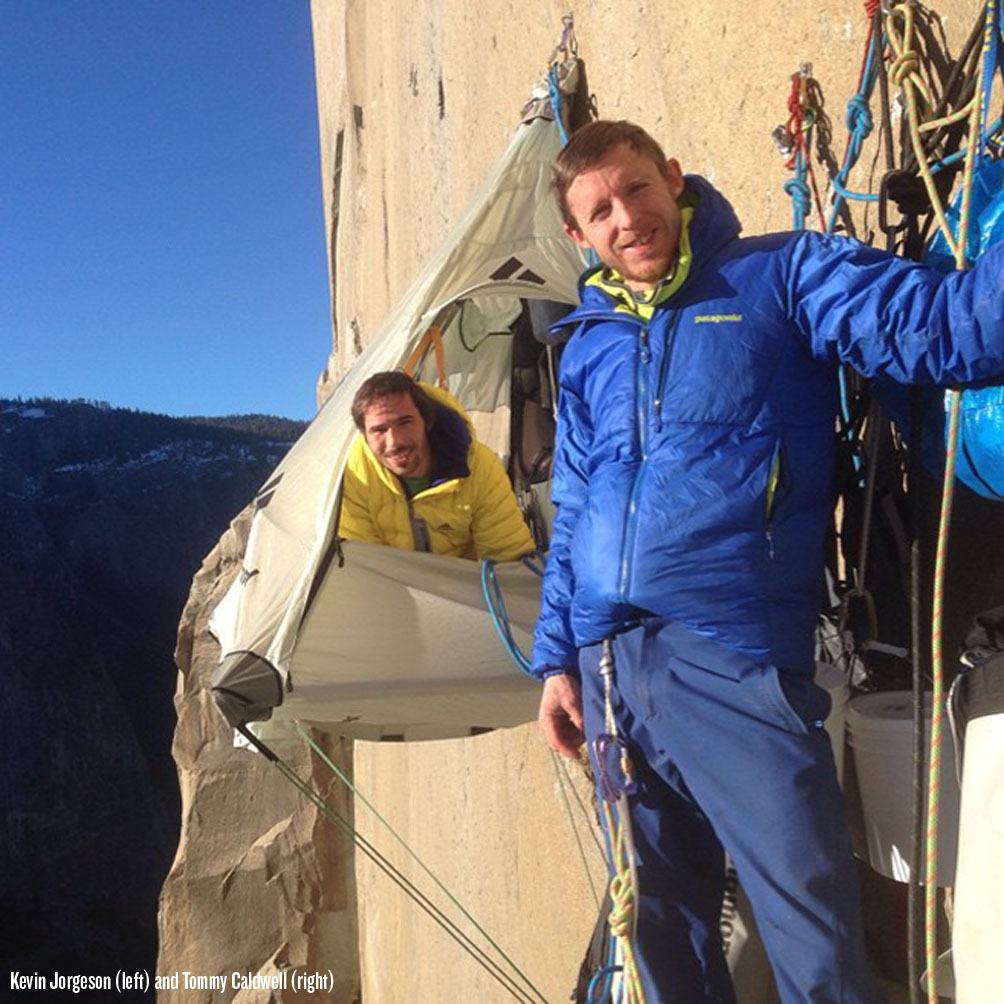