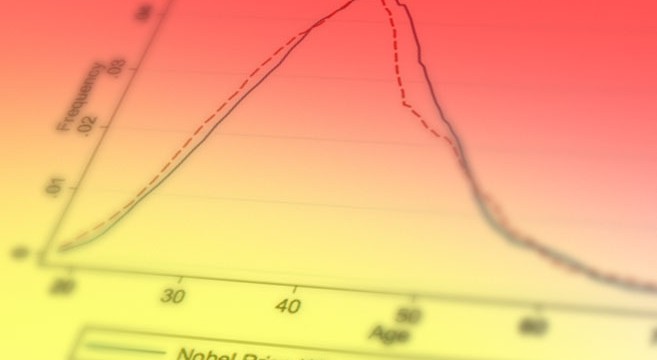 A fascinating new paper published by the National Bureau of Economic Research has found that most of the 20th century’s greatest scientific breakthroughs and inventions came from people who were in their late 30s.  Researchers looked at the age distribution of scientific genius, analyzing the ages of at which individuals produced Nobel Prize-winning insights and great technological contributions.

Olga Khazan of The Atlantic writes: “What’s more, people who excel in abstract fields, like art or physics, tend to be younger than those who win prizes in fields that require more context, like history or medicine.  Another 1977 study found that physics Nobel winners were 36 on average when they did their prize-winning work, while chemists were 39 and medical doctors were 41.  So why the late 30s? The most obvious factor is education: Scientists spend ages 5 through 18 in school, and then ages 18 through 30ish getting their academic degrees.  Then a few years of learning on the job, and presto!  You dig up an uncertainty principle.  Meanwhile, scientific breakthroughs tend to be less common in old age because we invest less in learning as we get older, and our skills gradually become less relevant.”

You can read the full story by visiting TheAtlantic.com, and read the paper in full by visiting the National Bureau of Economic Research.  You can also watch Alain de Botton’s fascinating TED Talk below where he examines our ideas of success and failure — and questions the assumptions underlying these two judgments.  Is success always earned?  Is failure?  He makes an eloquent, witty case to move beyond snobbery to find true pleasure in our work.

SEE ALSO: The Dirty 30s: The Search For Mid-Life Meaning In The Modern World
SEE ALSO: The Great Work of Your Life: Stephen Cope’s Extraordinary Guide For The Journey To Your True Calling 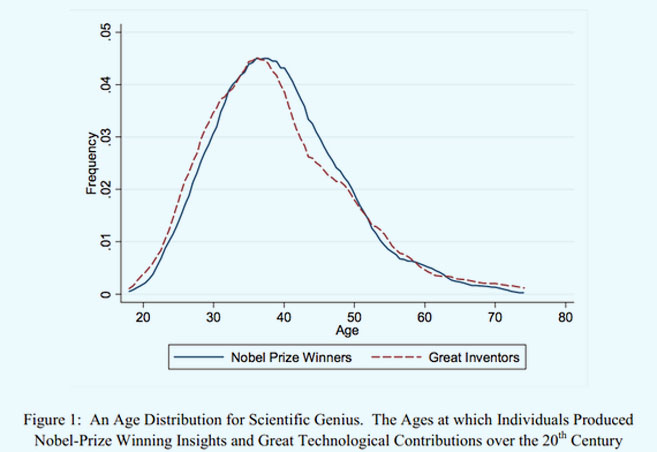 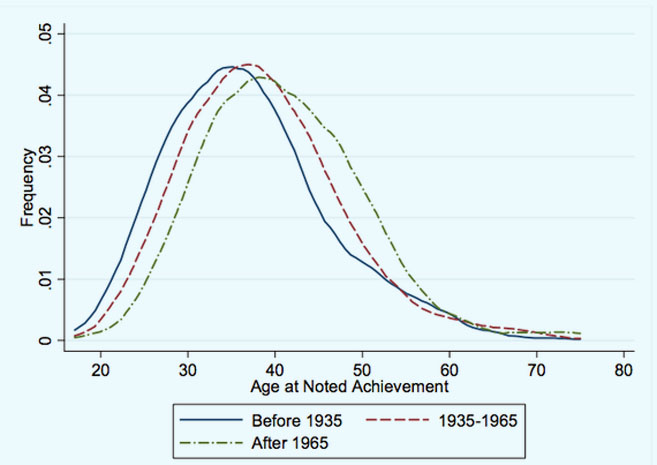 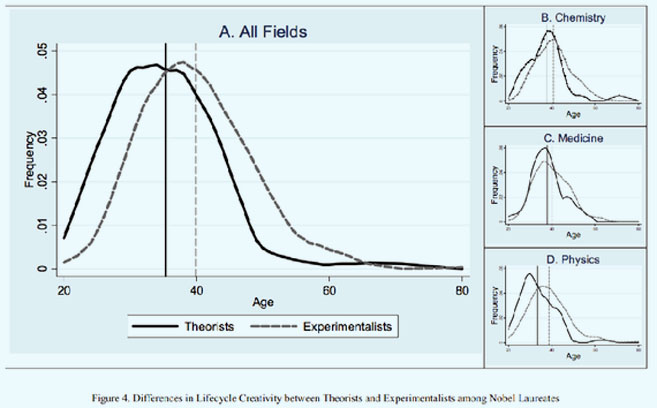 Previous post:
Take An Animated Walk Through Sci-Fi’s Most Iconic Corridors Connected Together As One Next Post:
LINKguide (January 11, 2015)