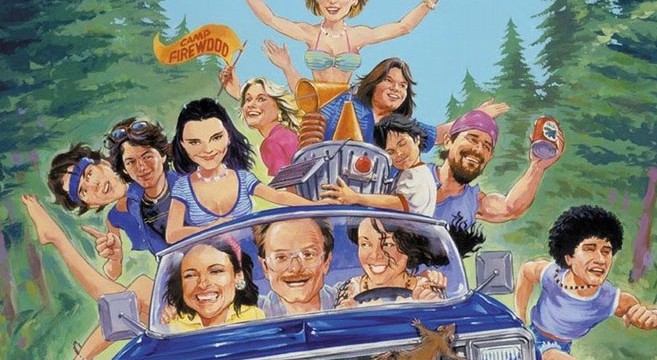 Filming starts this week on Netflix’s highly anticipated Wet Hot American Summer TV series, with nearly the entire original cast returning to reprise their roles.  Amy Poehler, Bradley Cooper, Paul Rudd, Christopher Meloni, Elizabeth Banks, Janeane Garofalo, Ken Marino, Zak Orth, David Hyde Pierce, Joe Lo Truglio and others will be back for the 8-episode series which is being kept under very tight wraps.  The 2001 film was set on the last day of a fictional Jewish summer camp in 1981, and has since achieved a cult status.  Although it was pitched back in May as a prequel, Entertainment Weekly speculates the series will “touch on the counselors’ promise to reunite a decade later.”  Deadline Hollywood adds: “Wain and Michael Showalter, who wrote the movie, created the limited series, with Wain reprising directing duties.  The two are executive producing alongside the film’s producer Howard Bernstein, Jonathan Stern and Peter Principato.”  You can take a nostalgic look back at the movie in the clips below.