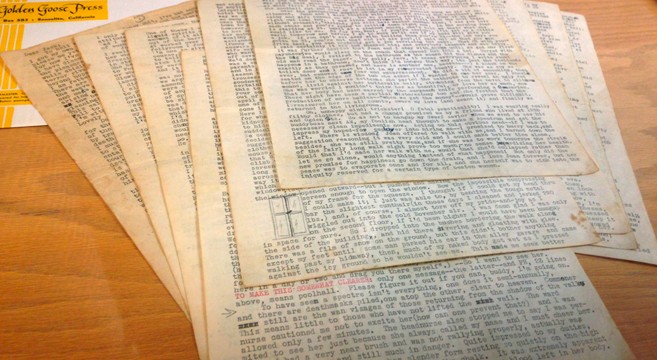 The 16,000-Word Letter Which Birthed The Beat Generation & Inspired “On The Road” Is In Legal Limbo

In 1950 Neal Cassady wrote a rambling, confession-style letter of 16,000 words to his best buddy Jack Kerouac.  The stream-of-consciousness letter chronicled the explicit details of a weekend Cassady spent in Denver years before which was filled with debaucherous excess.  What happened next would change the course of modern literature forever.  Kerouac was already plugging away at his new book On The Road when he got the letter in the mail.  As soon as Kerouac finished reading it, he was so inspired by Cassady’s revolutionary writing style that he ripped up his existing pages and started fresh — eager to incorporate his friend’s new style.  Neal Cassady was instantly the inspiration for the protagonist Dean Moriarty.

Kerouac wanted everyone he knew to read this letter, so he sent it to a his friend Allen Ginsberg, who then sent it to his friend who lived on a houseboat.  That houseboat friend later told Ginsberg that the pages had fallen overboard and were lost forever.  The Associated Press writes: “Kerouac believed it had been dropped off a houseboat in Sausalito, California, in 1955 after poet Allen Ginsberg sent it to a literary agent in hopes of having it published.  The former agent, Gerd Stern, always denied losing the letter.”

Fast forward to 2012 when a woman named Jean Spinosa in Oakland, California was rummaging through some boxes of her dad’s who had passed away in 2010.  Jean’s dad had owned a small music label in the 1950s, and he shared an office with a small publisher who had received a submission from Allen Ginsberg.  The publisher never even opened the letter.  One day that publisher was clearing out his office and throwing huge amounts of old books, boxes, and manuscripts in the garbage.  Jean’s dad was horrified and couldn’t believe this guy was going to toss away so many written works.  Jean’s dad intervened and kept many of these boxes for himself.  Because he was a hoarder he never opened many of the boxes himself — leaving his daughter to discover the iconic letter years later.

Known as the “Joan Andersen Letter”, Kerouac called the 16,000 words the “greatest piece of writing I ever saw.”  The letter was supposed to be auctioned in San Francisco on December 17th, but TIME magazine reports the auction has been “postponed indefinitely” because the Cassady and Kerouac estates have each filed court motions claiming ownership.  No court date has been set to resolve the issue.

NOTE: YOU CAN CLICK ON THE IMAGE BELOW TO ENLARGE IT AND READ THE LETTER MORE EASILY. 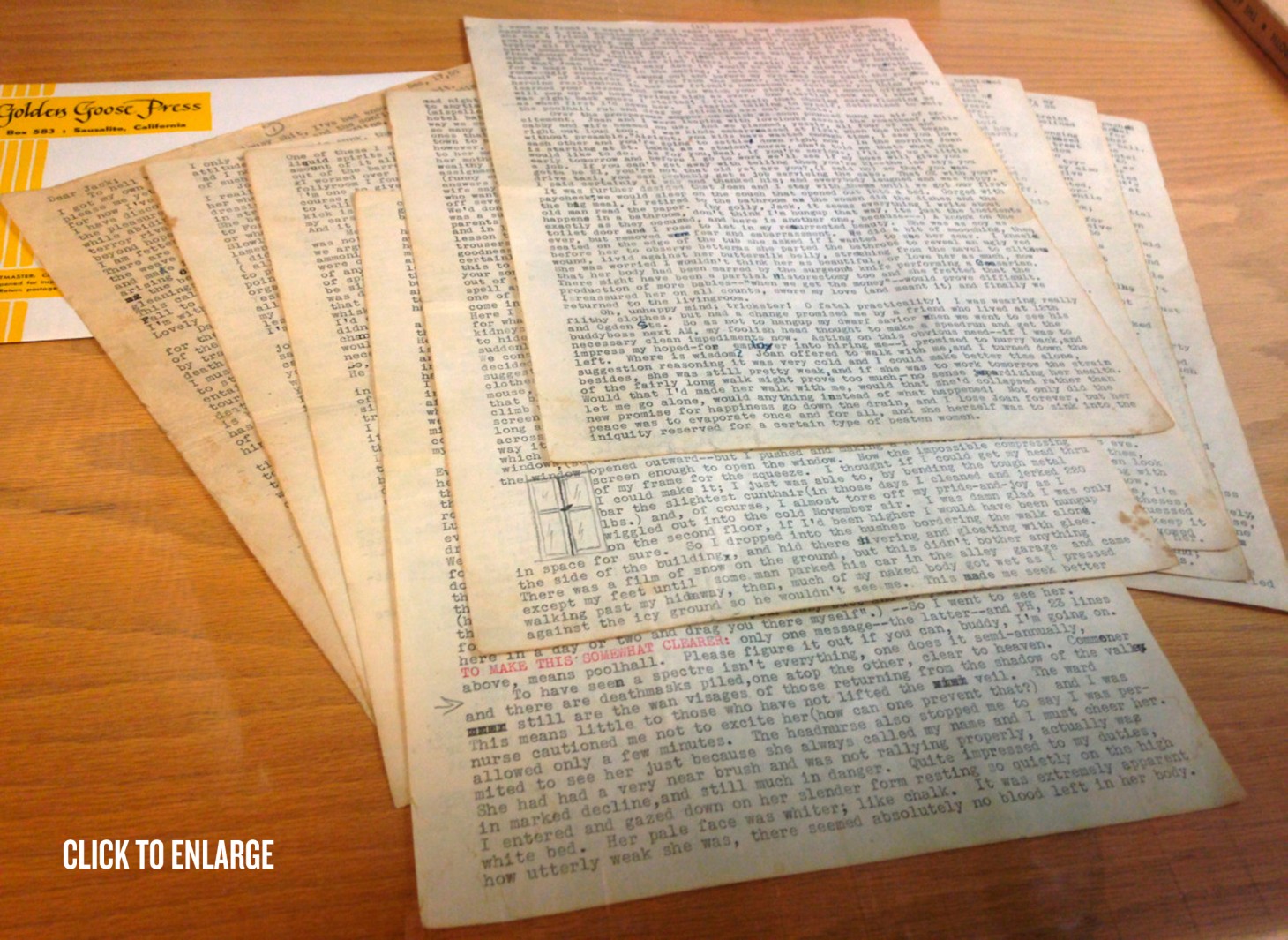 Previous post:
Secret Suffering: Girls With ADHD Are Going Undiagnosed Because The Symptoms Are Opposite Of Boys Next Post:
Watch IMRE KISS’s Deliciously Bizarro Video For “Urizen” & Stream Their Entire EP In Full