In two terrific interviews with Ronan Farrow, President Jimmy Carter doesn’t hold back his thoughts on a wide range of topics.  From his comments on Senator John McCain as being a “warmonger”, to his 100% solidarity with President Obama’s executive action on immigration, to his disdain for the Catholic Church’s oppression of women — which he feels is partly responsible for the ongoing global crisis of abuse, torture, and trafficking of women — it’s refreshing to see a world leader who is so respected speak so openly.  President Carter also spoke with Charlie Rose about women’s rights and his book, A Call To Action: Women, Religion, Violence, And Power (Amazon), which you can watch below in full as well. (Photo AP) 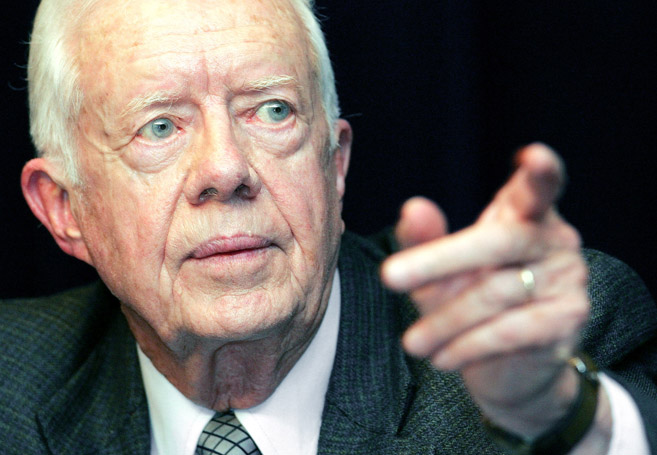 Previous post:
Watch David Lynch & Patti Smith Discuss Pussy Riot, “Twin Peaks”, And Disdain For Normalcy Next Post:
These Are All The Miraculous Things That Your Brain Is Doing While You’re Sleeping