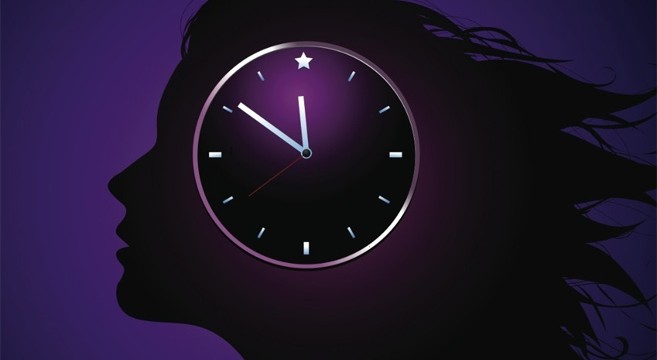 I often think of what life would have been like thousands of years ago before the invention of the calendar.  Imagine how it must have felt to live in a world where nobody made a point of measuring each other’s age.  I can’t imagine how it would be possible to devise an experiment that would quantify the benefits or disadvantages associated with knowing or not knowing one’s age.  Like it or not, each “age decade” of the human experience comes with its own relative baggage.  For instance, our 20s are the decade of learning and partying; our 30s the age of career and marriage; our 40s the age of peak responsibility and mid-life crisis; our 50s the age of coming to terms with the fact we’ve seen more sunsets than we have left to see; our 60s the age of post-retirement reinvention and leisure; our 70s the age of preparing the plane for landing; and our 80s and 90s the age of pooping our pants and telling everyone around us how fat they are.

Now comes news of a brand new research study which has proven that our entry into each of these decade brackets is preceded by exactly one year of existential crisis.  It turns out, if your age ends in the number 9 then you’re probably going through a huge amount of self reflection. The study’s abstract reads as follows: “Although humans measure time using a continuous scale, certain numerical ages inspire greater self-reflection than others. Six studies show that adults undertake a search for existential meaning when they approach a new decade in age (e.g., at ages 29, 39, 49, etc.) or imagine entering a new epoch, which leads them to behave in ways that suggest an ongoing or failed search for meaning (e.g., by exercising more vigorously, seeking extramarital affairs, or choosing to end their lives).”

PNAS (Proceedings of the National Academy of Sciences of the United States) explains the significance of the findings: “This paper is the first to demonstrate, to our knowledge, that people audit the meaningfulness of their lives as they approach a new decade in chronological age, further suggesting that people across dozens of countries and cultures are prone to making significant decisions as they approach each new decade. The paper has broad implications for interdisciplinary science, because it demonstrates a striking pattern in human behavior that bears on, among others, the disciplines of psychology, medicine, sociology, economics, and anthropology.”

While going through the paper I discovered a couple of fascinating footnotes about how the study was carefully designed: “1) We also ran a supplemental analysis to address the possibility that experimental participants sought meaning more intently merely because they were focusing on the more distant future. Specifically, whereas the baseline condition asked participants to think about “tomorrow” and the birthday control condition asked them to think about their upcoming birthday (no more than 12 months away), experimental participants imagined the night before they reached a new decade in age (up to 10 years away). We found that, among participants in the experimental condition, there was no significant relationship between how many years until participants reached the next decade in age and the tendency to seek meaning, r (105) = 0.02, P = 0.87. This result suggests that the results in study 2 were not driven by differences in how far into the future participants focused across the three conditions.”

And footnote #2 reads: “We decided to focus on male users of the dating website because biological and evolutionary research suggests that males are more likely than females to assert their sexual prowess by seeking out multiple partners (14). Leading to the same conclusion through a different route, the biopsychosocial construction of sex differences (15) suggests that men and women conform to the gendered roles prescribed by the societies in which they live. Consequently, the act of seeking out an extramarital affair, like purchasing a red sports car, is one of the canonical indicators that a man (but not a woman) has experienced a so-called midlife crisis. In this respect, 9-ending ages prompt end-of-decade crises that resemble midlife crises. Despite focusing on men, we ultimately obtained data on female users and found a similar though less-pronounced pattern of results.”  (Photo courtesy of Learnist).

SEE ALSO: Intersecting Research Reveals The Most Powerful Force That Determines Source Of Meaning In Life
SEE ALSO: How To Understand That A Meaningful Life & A Happy Life Are Two Different Things
SEE ALSO: 75 Years In The Making: Harvard Just Released Its Epic Study On What Men Need To Live A Happy Life
SEE ALSO: The Great Work of Your Life: Stephen Cope’s Extraordinary Guide For The Journey To Your True Calling