Dr. Steven Pinker is Johnstone Family Professor in the Department of Psychology at Harvard University.  His research on language and cognition has won prizes from the National Academy of Sciences, the Royal Institution of Great Britain, the American Psychological Association, and the Cognitive Neuroscience Society.  Dr. Pinker has also received several teaching awards and many prizes for his nine books, including The Language Instinct (1994), How the Mind Works (1997), The Blank Slate: The Modern Denial of Human Nature (2002), and The Better Angels of Our Nature: Why Violence Has Declined (2011).

Dr. Pinker recently delivered a fascinating lecture for the Violence Research Centre at the University of Cambridge where he explains how humanity is becoming exponentially less violent, and that the level of peace in our world is at unprecedented lows.  The following is Pinker’s 3-part abstract: 1) THE PAST:  Contrary to the popular impression view that we are living in extraordinarily violent times, rates of violence at all scales have been in decline over the course of history.  2) THE PRESENT: Human nature comprises faculties that encourage violence, such as dominance and revenge, but also faculties that inhibit it, such as self-control, empathy, and reason.  The level of violence in a given society depends on how its norms and institutions affect the balance between them.  3) THE FUTURE: I speculate on how some of the historical changes that reduced violence in the past might be purified and concentrated to reduce violence in the future.

Dr. Steven Pinker has been named Humanist of the Year by the American Humanist Society, and has been listed among Foreign Policy magazine’s “The World’s Top 100 Public Intellectuals” and TIME‘s “The 100 Most Influential People in the World Today.”  Dr. Pinker is currently Chair of the Usage Panel of the American Heritage Dictionary, and writes frequently for The New York Times, Time, The New Republic, and other publications.  His most recent book is The Sense of Style: The Thinking Person’s Guide to Writing in the 21st Century (2014).

You can also watch Charlie Rose’s conversation with Pinker as well.  The image below is Rembrandt’s 1635 painting “The Sacrifice Of Isaac“.  It is featured on the cover of Pinker’s 2011 book The Better Angels Of Our Nature: Why Violence Has Declined.  The titled of the book comes from Abraham Lincoln’s inaugural address on March 4, 1861: “We are not enemies, but friends. We must not be enemies. Though passion may have strained, it must not break our bonds of affection. The mystic chords of memory will swell when again touched, as surely they will be, by the better angels of our nature.” 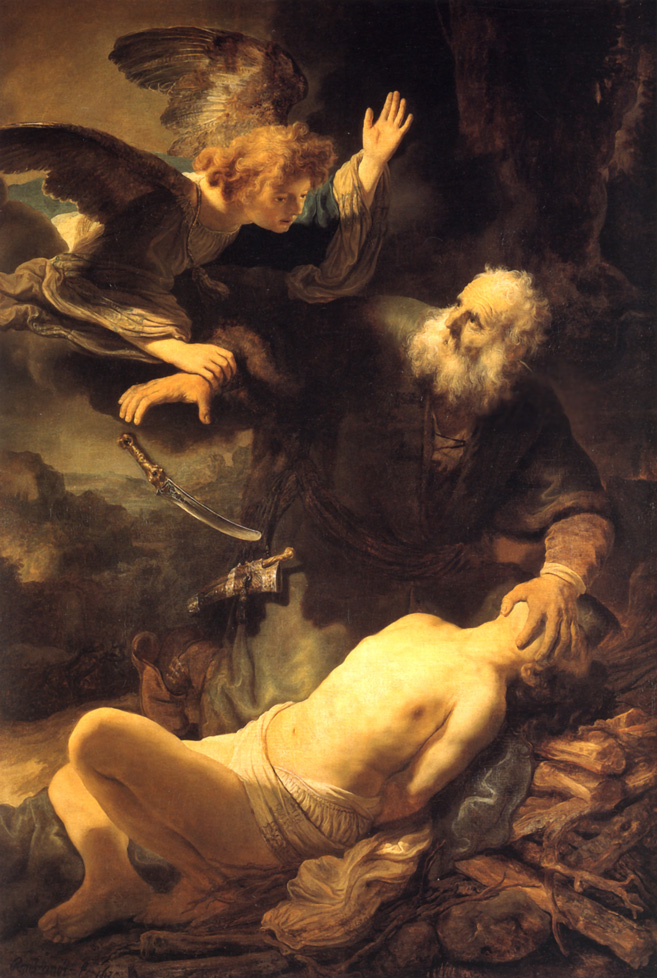