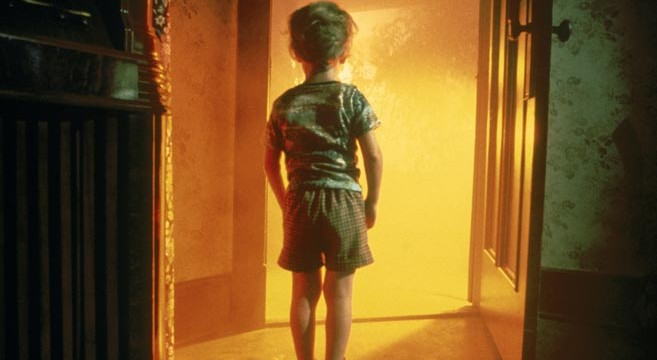 Michael Shermer is a contributing writer for TIME magazine, and a renowned columnist with Scientific American.  He is also the founding publisher of Skeptic Magazine, and a Presidential Fellow at Chapman University.  As one of the world’s best known and most influential skeptics, Shermer has spent the greater part of his career debunking supernatural phenomena, including a 2006 TED Talk where he made his views explicitly clear.  But a recent personal experience has shaken Shermer to the core, and in his own words Shermer writes: “I just witnessed an event so mysterious that it shook my skepticism.” His brush with the supernatural was so profound it has shattered the very rigorous scientific method which Shermer has used for so many years to discount the similar experiences of others.  He wrote about his encounter in an essay for Scientific American entitled “Infrequencies”:

“Often I am asked if I have ever encountered something that I could not explain.  What my interlocutors have in mind are not bewildering enigmas such as consciousness or U.S. foreign policy but anomalous and mystifying events that suggest the existence of the paranormal or supernatural. My answer is: yes, now I have.  The event took place on June 25, 2014.  On that day I married Jennifer Graf, from Köln, Germany.  She had been raised by her mom; her grandfather, Walter, was the closest father figure she had growing up, but he died when she was 16.  In shipping her belongings to my home before the wedding, most of the boxes were damaged and several precious heirlooms lost, including her grandfather’s binoculars.  His 1978 Philips 070 transistor radio arrived safely, so I set out to bring it back to life after decades of muteness.  I put in new batteries and opened it up to see if there were any loose connections to solder.  I even tried ‘percussive maintenance,’ said to work on such devices — smacking it sharply against a hard surface.  Silence.  We gave up and put it at the back of a desk drawer in our bedroom.”

“Three months later, after affixing the necessary signatures to our marriage license at the Beverly Hills courthouse, we returned home, and in the presence of my family said our vows and exchanged rings.  Being 9,000 kilometers from family, friends and home, Jennifer was feeling amiss and lonely.  She wished her grandfather were there to give her away.  She whispered that she wanted to say something to me alone, so we excused ourselves to the back of the house where we could hear music playing in the bedroom.  We don’t have a music system there, so we searched for laptops and iPhones and even opened the back door to check if the neighbors were playing music.  We followed the sound to the printer on the desk, wondering — absurdly — if this combined printer/scanner/fax machine also included a radio.  Nope.
At that moment Jennifer shot me a look I haven’t seen since the supernatural thriller The Exorcist; startled audiences.  ‘That can’t be what I think it is, can it?’ she said.  She opened the desk drawer and pulled out her grandfather’s transistor radio, out of which a romantic love song wafted.  We sat in stunned silence for minutes.  ‘My grandfather is here with us,’ Jennifer said, tearfully.  ‘I’m not alone.’ ”

“Shortly thereafter we returned to our guests with the radio playing as I recounted the backstory.  My daughter, Devin, who came out of her bedroom just before the ceremony began, added, ‘I heard the music coming from your room just as you were about to start.’  The odd thing is that we were there getting ready just minutes before that time, sans music.  Later that night we fell asleep to the sound of classical music emanating from Walter’s radio.  Fittingly, it stopped working the next day and has remained silent ever since.  What does this mean?  Had it happened to someone else I might suggest a chance electrical anomaly and the law of large numbers as an explanation — with billions of people having billions of experiences every day, there’s bound to be a handful of extremely unlikely events that stand out in their timing and meaning.  In any case, such anecdotes do not constitute scientific evidence that the dead survive or that they can communicate with us via electronic equipment.”

“Jennifer is as skeptical as I am when it comes to paranormal and supernatural phenomena.  Yet the eerie conjunction of these deeply evocative events gave her the distinct feeling that her grandfather was there and that the music was his gift of approval.  I have to admit, it rocked me back on my heels and shook my skepticism to its core as well.  I savored the experience more than the explanation.  The emotional interpretations of such anomalous events grant them significance regardless of their causal account.  And if we are to take seriously the scientific credo to keep an open mind and remain agnostic when the evidence is indecisive or the riddle unsolved, we should not shut the doors of perception when they may be opened to us to marvel in the mysterious.”

Previous post:
Watch Robyn & Kindness In New Video For “Who Do You Love?” Starring Their Family & Friends Next Post:
Watch Barbara Corcoran Explain The One Difference Between Folks Making $45K And Those At $8 Million