ADULT SWIM has done it again — as only they know how.  In their latest deranged video, the ADULT SWIM team have created a bizarro and psychotically surreal homage to 1980s sitcom opening sequences.  There is nothing I can tell you besides the following: 1) press play, 2) sit back, and 3) watch as the next 11 minutes and 11 seconds slowly descend into a surreal chaos of epic proportions.  Entitled “Too Many Cooks”, the parody is part of ADULT SWIM’s brilliant ongoing experimental film series entitled Off The Air, which airs during the 4am time slot on the Cartoon Network (visit Off The Air to see all the videos).  “Too Many Cooks” is the brainchild of creator Casper Kelly, the same guy behind the For-Profit Online University video (below), and “Worship” (below also).  Job well done Casper.  Job well done.  For more madness be sure to enter the mothership at AdultSwim.com. 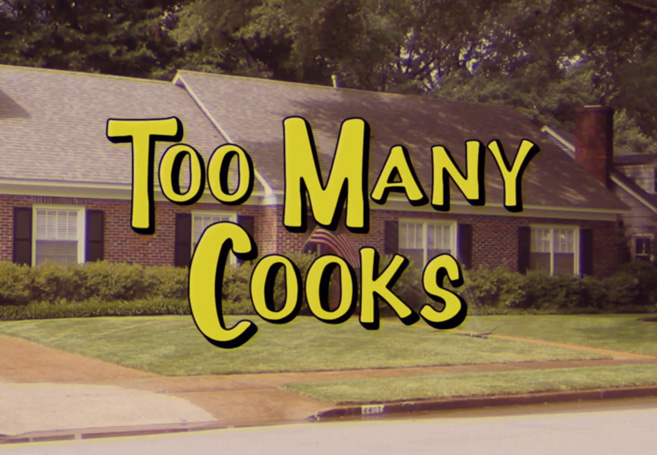