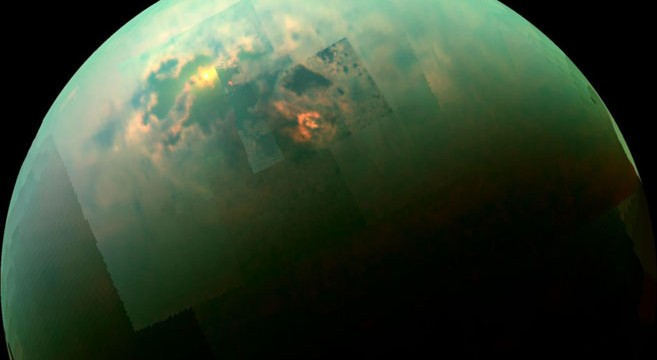 NASA’s Cassini orbiter continues to amaze us, this time capturing an image of Titan (one of Saturn’s moon) as the sun bounces a glimmering reflection off one of the moon’s polar seas.  The northern sea of Titan is by far the biggest, and just like the southern sea it is made of methane and ethane.  NASA writes: “The sunglint, also called a specular reflection, is the bright area near the 11 o’clock position at upper left.  This mirror-like reflection, known as the specular point, is in the south of Titan’s largest sea, Kraken Mare, just north of an island archipelago separating two separate parts of the sea.”  For more great stories about Cassini be sure to visit Cassini on FEELguide.  Also, on a tangent, I’ve attached an image below which shows a scale representation of what North America would look like on the surface of Jupiter.  Truly impressive, and you can read more about that story by visiting VOX.com. 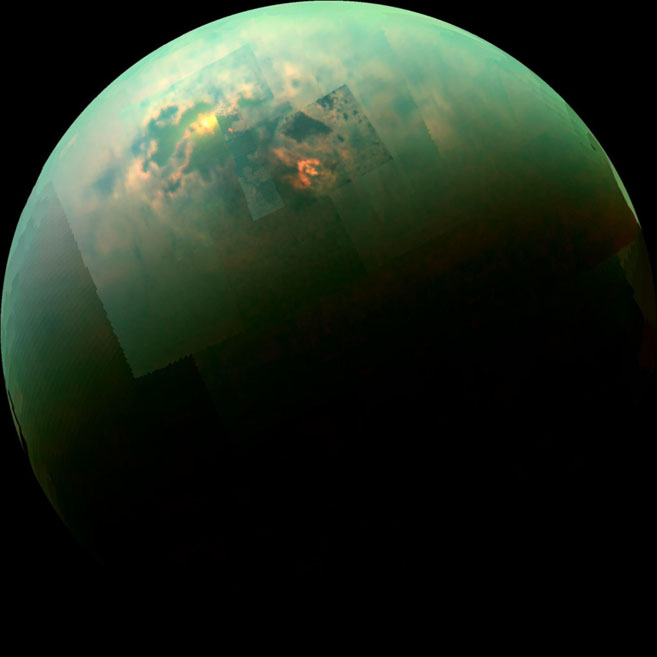 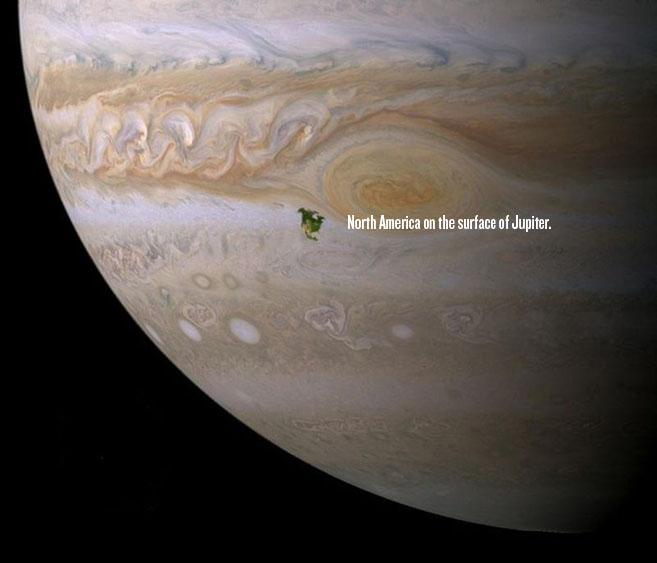