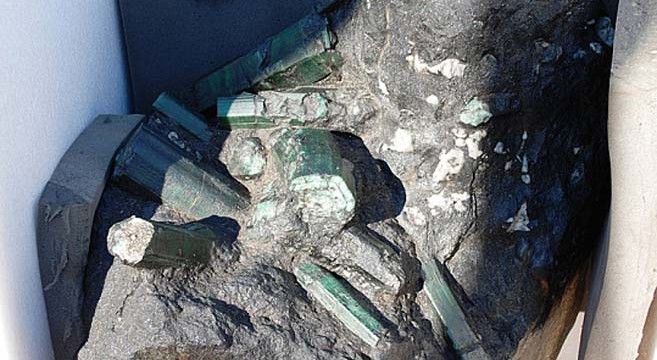 The $400 million Bahia Emerald is the world’s most expensive emerald gemstone, and its curse has ravaged the lives of nearly every person it’s come in contact with since it was discovered in a Brazilian rainforest mine in 2001.  Like something out of an Indiana Jones movie, the Bahia Emerald was in the process of being removed from the mine shaft by mules when they were attacked and killed by wild panthers.  The gem traders who owned the mine then forced workers to painstakingly remove the massive 381kg (840lb) emerald from underground with a makeshift stretcher.  The stone’s next fateful encounter came when it was flooded in an underground vault during Hurricane Katrina in New Orleans.

Soon after it was stolen from a locked vault in Los Angeles and held as collateral for loans or diamond sales.  Up next came a near fatal blood bath when the Bahia Emerald was at the center of a transaction gone wrong involving one Columbian family in the Nevada desert.  The stone was then promised to infamous multi-billionaire fraudster Bernie Madoff, but two days before the handover was supposed to happen, Madoff was arrested and sent to prison.  Mark Downie was another claimant who was found not credible, and in 2011 a California businessman named Tony Thomas stated he paid the Brazilian miners $60,000 for the Bahia right before it was stolen from him.  There are several other parties in the rights case, including a group headed by jewel trader Kit Morrison who was in possession of the Bahia when it was seized by U.S. authorities when Morrison’s business partner attempted to sell it in Idaho.  The gemstone has also been witness to dramatic encounters at a Sao Paolo car park, an abandoned gas station in San Jose, and it even showed up for sale on eBay for $75 million.  Other parties laying claim to the stone include: the Smithsonian in Washington, the Getty Museum, and the Brazilian government.

The Bahia Emerald is currently being held at the Los Angeles Sheriff’s Department, and last week an L.A. judge rejected the bid from Downie, who was seeking to be named the legal owner of the 180,000 carat jewel (which is actually several emeralds geologically fused together , one the size of a man’s thigh). The next party scheduled to be heard by the L.A. judge is the Brazilian government. That hearing is set for January 2015.  Emerald is a gemstone and a variety of the mineral beryl (Be3Al2(SiO3)6) colored green by trace amounts of chromium and sometimes vanadium. Colombia is by far the world’s largest producer of emeralds, constituting 50–95% of the world production, with Zambia being the world’s second largest producer.  Emeralds, however, are found in nearly every country on Earth. 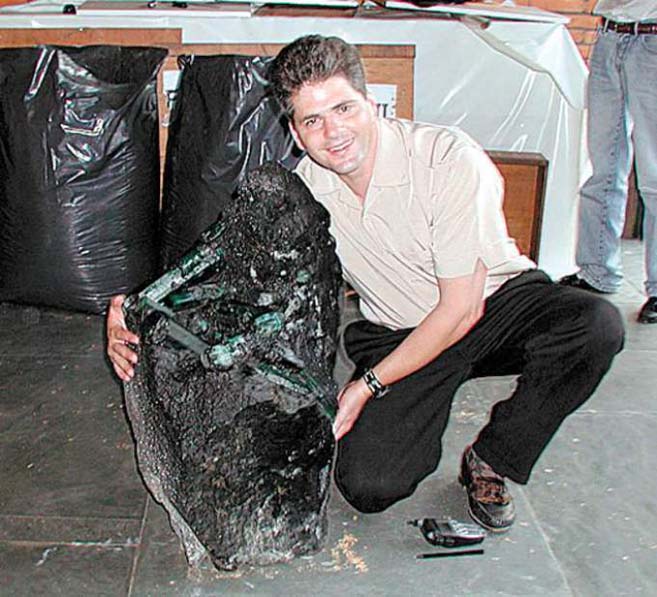 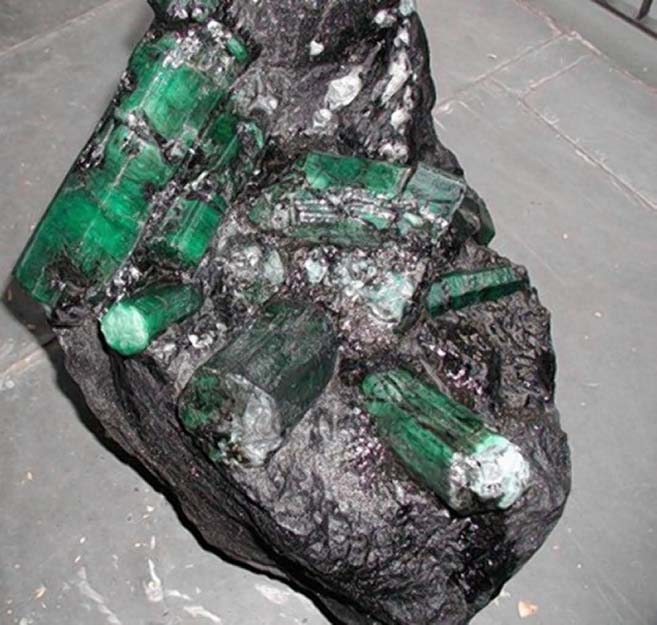