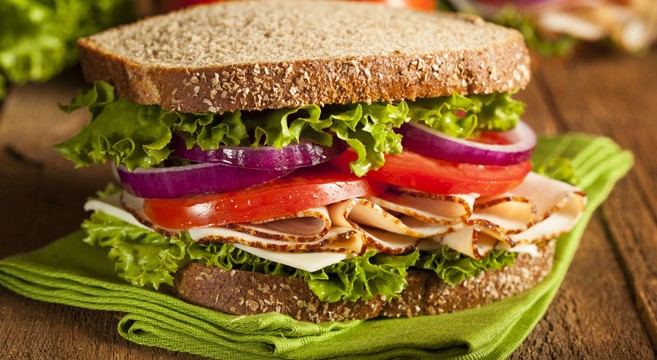 It might seem like a healthy choice, but scientists have officially linked the beloved sandwich as the #1 source of North Americans’ salt intake, and therefore a very major cause of severe cardiovascular problems.  The new study is published in the Journal of the Academy of Nutrition and Dietetics.  “Current guidelines suggest that adults should consume under 1500 mg of sodium per day, and should never exceed the upper limit of 2300 mg/day.  By these thresholds, sandwiches alone contributed 30-46% of the recommended upper limit of daily sodium intake.  But we shouldn’t really be surprised.  First of all, as a population, approximately 80% of North Americans exceed the upper limit of sodium every single day.”  You can read more by visiting PLOS.

Previous post:
Merry Christmas Indeed: The Sofia Coppola & Bill Murray TV Christmas Special Is Happening Next Post:
Was That Just A Coincidence, Or Was It A Wink From A Higher Force?