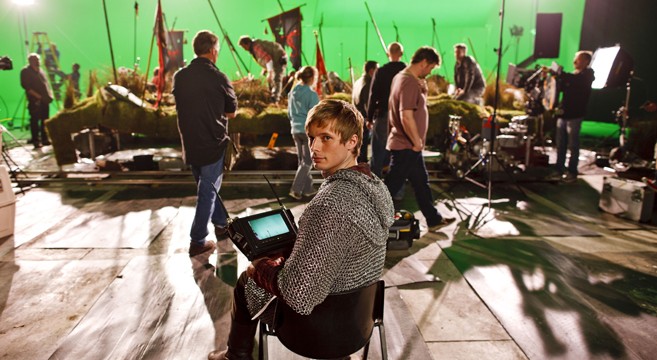 From The Studio Chief To The Gaffer: See The Complete Salary Breakdown Of Every Job In Hollywood

When you sit down to watch a movie or a TV show it’s easy to be oblivious to the fact that a small army of technicians and professionals worked their butts off for months or years to get that film or series onto the screen.  And behind each one of these folks working in the film industry, you will find the same things everyone else has to deal with — bills, rents, mortgage payments, and the cost of life in general.  We all know how much the superstars make, but how exactly do the salaries of the regular Joes and Janes behind-the-scenes compare?  The Hollywood Repoprter recently put together a revealing breakdown of nearly every salary across the entire film industry spectrum.  From the top-earning CEO (Les Moonves who runs CBS made $66.9M in 2013), to a power agent ($200,000 to $10 million per year), to a model builder ($68,000 per year), you can see the full breakdown by visiting HollywoodReporter.com. (Photo by Nick Briggs).

Previous post:
This Is The Definitive Ranking Of The 25 Greatest Bars In The World Next Post:
Music Students Live For Free In Gorgeous Seniors Residence In Exchange For Monthly Concerts