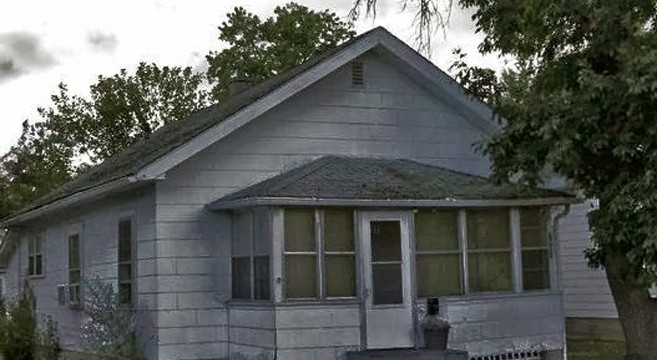 A small house in Gary, Indiana is at the heart of what is being described as the most severe haunting in the United States in the past quarter century.  As soon as Latoya Ammons, her mother, and three kids moved into the small home, low-level activity began to occur within: creaking doors, late night footsteps, and a shadowy figure leaving wet footprints in the living room as it walked.  But four months after moving in, the strange activity escalated to a more serious level when Latoya ran to her daughter’s bedroom after hearing her screaming, only to discover the 12-year-old levitating in mid-air.  Moments later her daughter fell back down onto her bed and had no conscious memory of the event.  Rosa Campbell, the girl’s grandmother, tells the New York Daily News: “I thought, ‘What’s going on? Why is this happening?'”

That was Latoya and Rosa’s last straw.  They called two different clairvoyants for help, who both said in separate sessions that the home was infested with no less than 200 demons.  Definitely not a typical haunting, by any means.  The family’s local church recommended they pour olive oil on the children’s feet, and wipe oil crosses on their foreheads as a form of protection.  One clairvoyant also recommended building a small shrine underneath the stairs leading to the basement (where Latoya feels the negative energy was most concentrated).  The shrine consisted of small statues of Jesus, Mary, and Joseph, along with a white candle.  Latoya and her mom performed a cleansing ritual in front of the shrine where they burned sage and sulfur and said some specific prayers.  That seemed to calm things down, until three days later when everything became much more serious.

Much louder bangs were coming from the basement at night, as well as the sound of dogs barking.  The three children also showed signs of demonic possession.  New York Daily News writes: “The mother found her youngest, a 7-year-old boy, inside a closet while allegedly talking to another boy only Ammons’ son could see.  When asked what they were talking about, her son allegedly told her that the other child was describing what it was like to be killed.  Not long after that, the woman claims her 7-year-old flew out of a bathroom and that her 12-year-old daughter required stitches after being hit in the head.  The girl told health care professionals that she sometimes felt like she was being choked.  A voice would tell her that she’d never see her family again.  On April 19, 2012, the family went to see Dr. Geoffrey Onyeukwu, whose encounter with the children was one he said he’d never forget.”

“Twenty years, and I’ve never heard anything like that in my life,” described the doctor about his first meeting the family in the hospital.  “I was scared myself when I walked into the room.”  USA TODAY writes: “Medical staff said the youngest boy was ‘lifted and thrown into the wall with nobody touching him,’ according to a DCS report.  The boys abruptly passed out and wouldn’t come to, the grandmother added.  She cradled one boy in her arms; Ammons held the other.  Someone from the doctor’s office called 911, and seven or eight police officers and multiple ambulances showed up.  DCS family case manager Valerie Washington was asked to handle the initial investigation. She interviewed the family in the hospital.  While she spoke with Ammons, the 7-year-old boy started growling with his teeth showing.  His eyes rolled back in his head.  The boy locked his hands around his older brother’s throat and refused to let go until adults pried his hands open.  The seven police officers had great difficulty in holding the young boy down.  Later that evening, Washington and registered nurse Willie Lee Walker brought the two boys into a small exam room for an interview. Rosa joined them.  The 7-year-old stared into his brother’s eyes and began to growl again.  ‘It’s time to die,’ the boy said in a deep, unnatural voice. ‘I will kill you.’  While the youngest boy spoke, the older brother, 9, started head-butting his grandmother in the stomach.  She grabbed her grandson’s hands and started praying.”

“What happened next would rattle the witnesses, and to some it would offer not only evidence but proof of paranormal activity.  According to Washington’s original DCS report — an account corroborated by Walker, the nurse — the 9-year-old had a ‘weird grin’ and walked backward up a wall to the ceiling.  He then flipped over Campbell, landing on his feet.  He never let go of his grandmother’s hand.  ‘He walked up the wall, flipped over her and stood there,’ Walker said. ‘There’s no way he could’ve done that.'”  Washington, in her report to police, described the boy as “gliding.”

Gary, Indiana Police Captain Charles Austin said he was initially sceptical of the claims at first, but later conceded.  Indeed, among images taken by police, one shows a ghostly figure to the right of the house (see photos below) and fellow officers say it was completely uninhabited at the time.  Captain Austin also described when he left the hospital later that evening after the young boy walked backwards up the wall and onto the ceiling, he pulled over to use his computer and communicate by radio with a fellow officer when the radio suddenly cut to white noise and a deep voice threatened him (he describes the incident in the video interview below).  When he arrived home his garage door would not open — the first time that had ever happened.  And suddenly his passenger seat began to slide violently backwards and forwards on its own.   “I am a believer,” the police captain says.  During investigations of the house, Captain Austin and several other police officers witnessed a number of shadow figures and full-body apparitions.  Every police photograph taken of the shadow figures was filled with blurry “steam”, and many of the photos disappeared entirely from the cameras’ memory cards.  From that day forward he refused to be present in the Ammons’ house after dark.  Also, beginning from the night of the shocking hospital wall-walking incident, none of the cellular phones of the police officers involved functioned properly.

The family’s claims have been supported by priests, police captain Austin, several police officers, and family service caseworkers – all of whom have stated they believe a supernatural evil resides in the house.  After several exorcisms the three children were completely fine, and the family has since relocated to a peaceful new beginning, and another couple moved in soon after without any problems.  The police officers of the local town were so disturbed by traumatic effect the incident had on captain Austin and the medical staff of the hospital that many of the officers would drive past the house at all hours.  The new tenants who had moved into the house asked the police force to stop making so many drive-by visits.

An added footnote to the story came in early 2014 when Ghost Adventures host and executive producer, Zak Bagans, bought the iconic home for $35,000 when it went on the market.  Bagans started production in April 2014 on a documentary about the house and the 800 pages of police reports connected to the events that happened inside.  The amount of police report documentation to the Gary, Indiana haunting carries a similar level of credibility to the infamous Enfield Poltergeist which occurred in England in the early 1980s.  You can watch that documentary in full below. 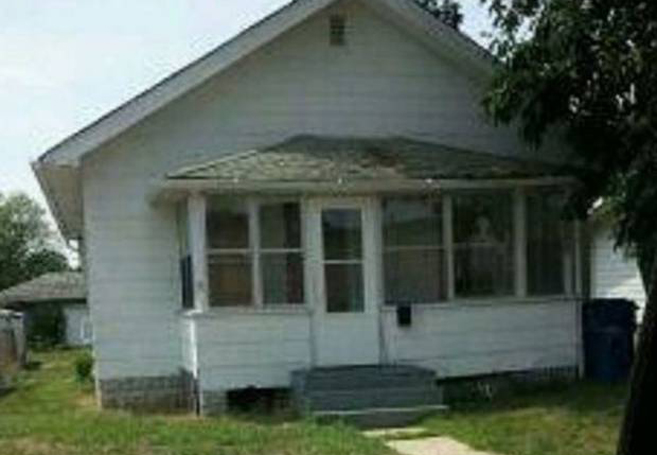 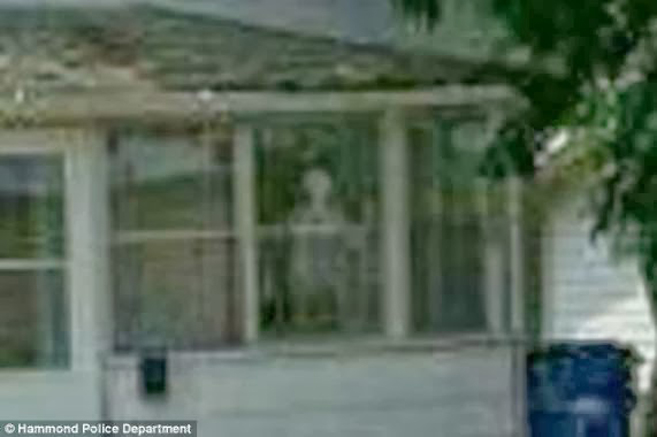