When novelist and Simpsons voice artist Thomas Pynchon released his family-friendly stoner detective novel, Inherent Vice, back in August 2009, CAA instantly began shopping the novel around for its film adaptation.  It wasn’t long before Vulture’s Claude Brodesser-Ackner broke the news that none other than Paul Thomas Anderson himself would be writing the adaptation.  Now five years since the book was released, fans are getting their very first look at the film’s trailer.  Starring Joaquin Phoenix, the film’s synopsis reads as follows:

“When private eye Doc Sportello’s ex-old lady suddenly out of nowhere shows up with a story about her current billionaire land developer boyfriend whom she just happens to be in love with, and a plot by his wife and her boyfriend to kidnap that billionaire and throw him in a loony bin — well, easy for her to say. It’s the tail end of the psychedelic `60s and paranoia is running the day and Doc knows that ‘love’ is another of those words going around at the moment, like ‘trip’ or ‘groovy,’ that’s being way too overused — except this one usually leads to trouble.  With a cast of characters that includes surfers, hustlers, dopers and rockers, a murderous loan shark, LAPD Detectives, a tenor sax player working undercover, and a mysterious entity known as the Golden Fang, which may only be a tax dodge set up by some dentists. Part surf noir, part psychedelic romp — all Thomas Pynchon.” 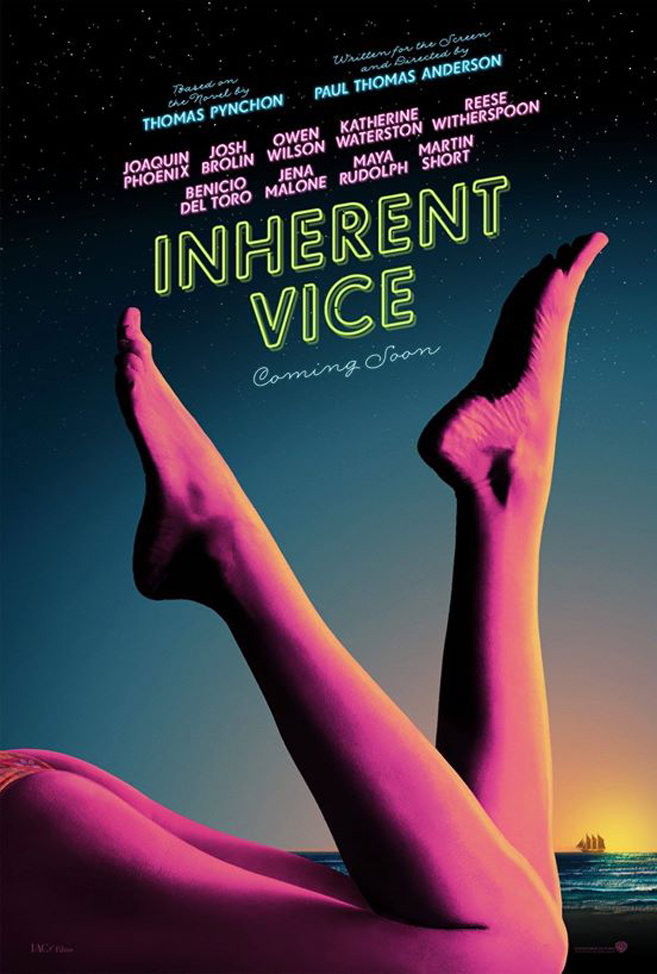 Previous post:
LINKguide (September 29, 2014) Next Post:
Dramatic Loss Of Antarctic Ice Is Impacting The Gravitational Field Of The Region