Jane Goodall is perhaps the world’s most beloved scientist, so it may come as a surprise to many to learn she never originally planned on a career in science.  In an interview with Bill Moyers (above), Goodall elaborates on how it was famed paleoanthropologist Richard Leakey who inspired her to pursue a life dedicated to scientific research.  She also elaborates on her views regarding the reconciliation between science and religion, the mysteriousness of consciousness, and she also reads one of her own most beautiful poems.  In a second video (below), Goodall explains where she feels science has gone wrong.  “I was told you have to give [the chimpanzees] numbers because you have to be objective as a scientist,” Goodall says in the video, “and you mustn’t empathize with your subject. And I feel this is where science has gone wrong. To have this coldness, this lack of empathy, has enabled some scientists to do unethical behavior.”  (Photo courtesy of Robin Holland). 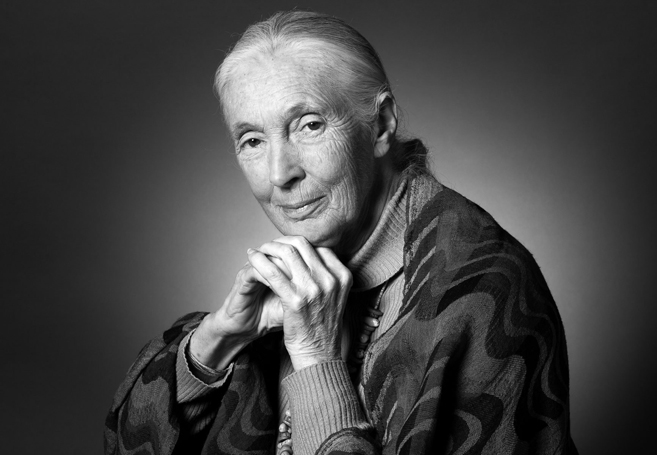