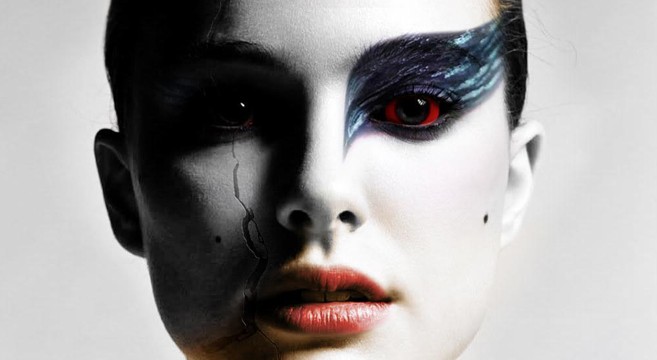 Brain research scientist Talma Hendler recently joined director Darren Aronofsky on stage, along with other speakers, at a recent 2-night event presented by the Academy of Motion Pictures Arts & Sciences (AMPAS) which explored the science of how movies move us.  Hendler presented findings from her team’s brain research study which proved that cinema is capable of activating empathy-based brain activity only found in patients with schizophrenia.  Her research has discovered that there are two types of empathy in the human brain, tied to different brain regions: 1) mental empathy (which requires you to consciously step outside yourself to think about what another person is thinking or experiencing; and 2) embodied empathy (the more in-the-moment type of empathy when you see someone being assaulted or beaten).

Greg Miller of WIRED writes: “In the scene from ‘Black Swan’, despite Nina’s viscerally disturbing actions, it’s the blue (mental empathy) network that dominates, with the green (embodied empathy) network flickering to life only occasionally, as when Nina pulls a feather from her back. It’s this pattern — relying more heavily on the mental empathy network even in the face of a visceral experience — that Hendler has seen in schizophrenia patients. It’s as if they’re having to think through the emotional impact of situations that other people grasp more intuitively and automatically, she said.”

You can read the full story by visiting WIRED.com.  To learn more about AMPAS’s 2-night exploration into the science of how movies move us (including video highlights from the event) you can visit OSCARS.org.  For more great stories about the human brain be sure to visit The Human Brain on FEELguide.

SEE ALSO: A Fascinating Look At The Evolutionary Function Of Apologies And The Act Of Saying “Sorry”
SEE ALSO: Addiction & Neurocinematics: This Is What Happens To Your Brain When You Binge On Netflix