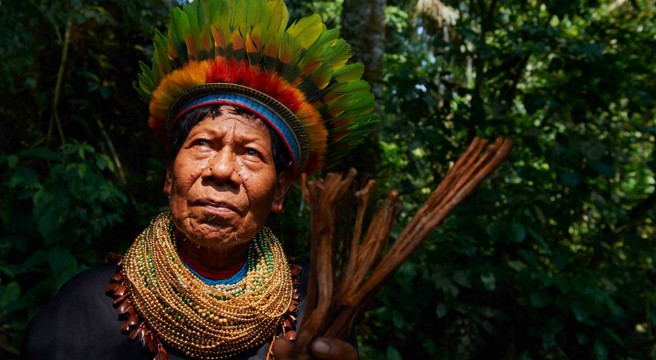 Researchers with the FUJF School of Medicine, the NUPES Research Center in Spirituality and Health, and the University of Aberdeen in Scotland just published the results of a fascinating new study of iconic Brazilian medium Chico Xavier.  Published by The National Center for Biotechnology, the U.S. National Library of Medicine, and the National Institutes of Health (NIH), the study investigated the alleged mediumship of Xavier (1910-2002) and his psychic writing abilities.  Xavier wrote over 468 books using his process known as “psychography”, and his spirit guide was known as Emmanuel.  The objective of the study reads as follows: “To investigate the accuracy of the information conveyed in Xavier’s psychographed letters (i.e., letters allegedly authored by a deceased personality) and to explore the possible explanations for it.”

The method of the research began with “a systematic search for Xavier’s psychographed letters,” upon which the team selected one set (which included 13 letters) allegedly written by the spirit of author J.P.  “The letters were initially screened for the identification of items of information that were objectively verifiable. The accuracy of the information conveyed by these items and the estimated likelihood of the Xavier’s access to the information via ordinary means were rated using Fit and Leak scales based on documents and interviews carried out with the sister and friends of J.P.”  Once the exhaustive analysis was completed, the scientists determined they “identified 99 items of verifiable information conveyed in these 13 letters; 98% of these items were rated as ‘Clear and Precise Fit’ and no item was rated as ‘no Fit.’ We concluded that ordinary explanations for accuracy of the information (i.e., fraud, chance, information leakage, and cold reading) were only remotely plausible. These results seem to provide empirical support for non-reductionist theories of consciousness.”

So what implications does this confirmation of Xavier’s extraordinary gift of mediumship have on our understanding of the mind-brain relationship?  The National Institute for Psychiatry and Neurology writes: “The prevailing neuroscientific paradigm considers information processing within the central nervous system as occurring through hierarchically organized and interconnected neural networks. The hierarchy of neural networks doesn’t end at the neuroaxonal level; it incorporates subcellular mechanisms as well. When the size of the hierarchical components reaches the nanometer range and the number of elements exceeds that of the neuroaxonal system, an interface emerges for a possible transition between neurochemical and quantum physical events.”

In recent years, Western medicine and neuroscience — although still rigid in its fundamentals — is beginning to warm to the idea that there are unknown forces at work inside the human body and brain.  Studies such as the one above continue to expand our understanding of the mysterious nature of consciousness while validating the extraordinarily rare abilities of people like Chico Xavier.  Another such person bridging both worlds is Malidoma Patrice Somé, Ph.D., a shaman who also happens to hold three graduate degrees.  During his graduate studies in the early 1980s in the United States, Somé explains his first encounter with the West’s misunderstanding and mistreatment of patients who experience brushes with the beyond.  “[Doctors in the West] are not trained in how to deal or even taught to acknowledge the existence of psychic phenomena, the spiritual world.  In fact, psychic abilities are denigrated.  When energies from the spiritual world emerge in a Western psyche, that individual is completely unequipped to integrate them or even recognize what is happening.  The result can be terrifying.  Without the proper context for and assistance in dealing with the breakthrough from another level of reality, for all practical purposes, the person is insane.  Heavy dosing with anti-psychotic drugs compounds the problem and prevents the integration that could lead to soul development and growth in the individual who has received these energies.”

To learn of the mindblowing things that Dr. Somé witnessed when he went to visit a friend in a mental institute — including patients’ interactions with spirits — be sure to CLICK HERE.