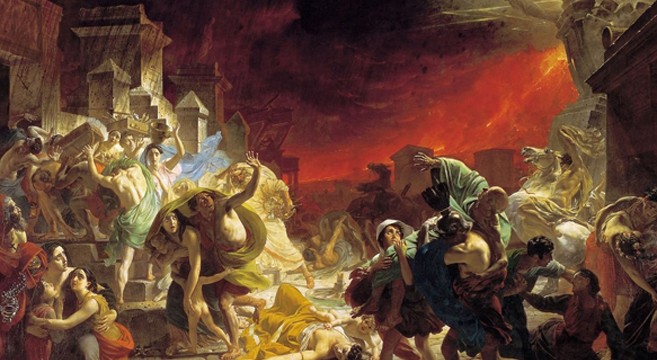 This Is Your Brain On God: Reflecting On God’s Love Decreases Neurophysiological Responses To Errors

There are as many different perceptions of God as there are people on Earth, and any glance at a major newspaper proves our world is perpetually engulfed in a never-ending battle over who has the better God.  Adding to the complexity of this contradiction is proof from a new study which has shown that a belief in a forgiving God significantly reduces one’s neurophysiological responses to errors.  The following is the study’s abstract from the University of Oxford:

“In religions where God is portrayed as both loving and wrathful, religious beliefs may be a source of fear as well as comfort. Here, we consider if God’s love may be more effective, relative to God’s wrath, for soothing distress, but less effective for helping control behavior. Specifically, we assess whether contemplating God’s love reduces our ability to detect and emotionally react to conflict between one’s behavior and overarching religious standards. We do so within a neurophysiological framework, by observing the effects of exposure to concepts of God’s love versus punishment on the error-related negativity (ERN) – a neural signal originating in the anterior cingulate cortex, that is associated with performance monitoring and affective responses to errors. Participants included 123 students at Brigham Young University, who completed a Go/No-Go task where they made “religious” errors (i.e., ostensibly exhibited pro-alcohol tendencies) . Reflecting on God’s love caused dampened ERNs and worse performance on the Go/No-Go task. Thinking about God’s punishment did not affect performance or ERNs. Results suggest that one possible reason religiosity is generally linked to positive wellbeing, may be because of a decreased affective response to errors that occurs when God’s love is prominent in the minds of believers.” © The Author (2014). Published by Oxford University Press.

In most religions God can be as punishing as he is forgiving, and in a similar study, a belief in an angry, punishing, sin-based God, has been linked to dramatically higher levels of various mental illnesses (READ MORE).  When combined, these two studies indicate that the human brain is incapable of learning from errors when under the influence of a forgiving God, while the brain is mentally unstable under the influence of a punishing God.  You can take this into consideration the next time you read that Israel has killed another 1,000 innocent Palestinian men, women, and children.  You can also take this into consideration as a major reason why the Catholic and Evangelical churches seem completely incapable of evolving on issues of social importance in the modern world.