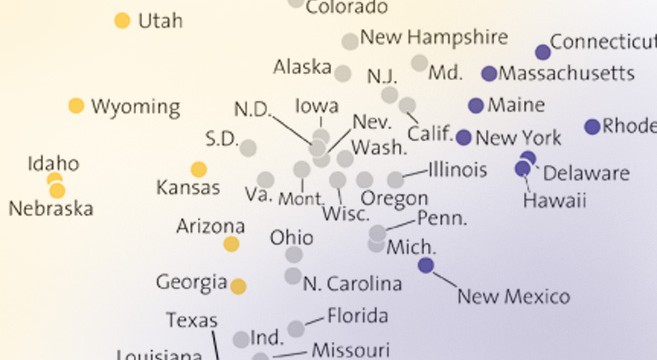 A new study published in the journal Social Science and Medicine emerges from a fascinating new field of research which has been nicknamed “political epidemiology.”  The study was conducted by political scientist Mitchel Herian of the University of Nebraska-Lincoln and his team, and it discovered that liberal states have higher levels of good health in their populations.  “The presence of a more liberal government is related to a higher rate of reported health, a lower rate of reported smoking, lower BMI, and fewer numbers of days with poor health,” explains Herian.  You can get a sense of the data in the chart below, and you can read the full story by visiting MotherJones.com. 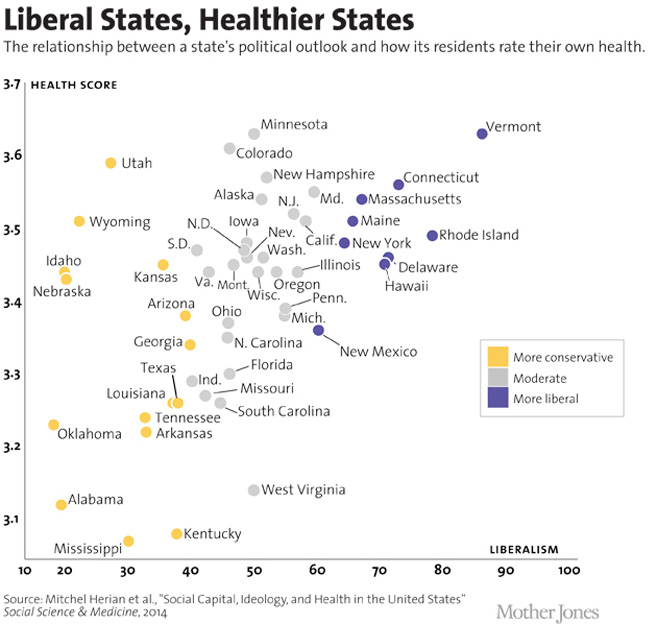 Previous post:
This Is One Easy Thing You Can Do To Make Your Morning Wake-Up That Much Easier Next Post:
These Mindblowing Microscopic Photos Of Butterfly Wings Will Leave You Speechless