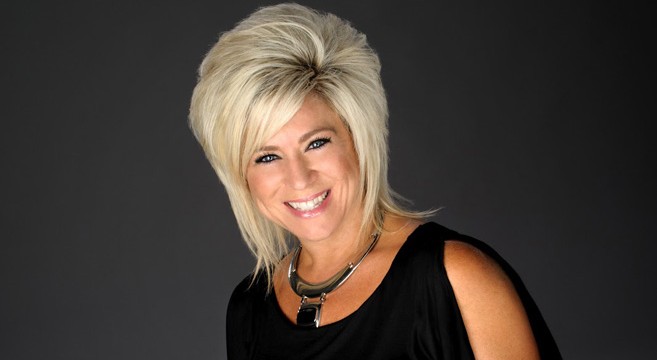 TLC’s smash hit series Long Island Medium centers around the life and work of medium Theresa Caputo.  The show premiered its very first episode on September 25, 2011, and over the past two and a half years, Caputo has skyrocketed to international fame as America’s most famous medium.  Before she signed a television deal with TLC, Caputo had already established herself as one of the most in-demand mediums in the New York area, having amassed a 2-year waiting list.  Upon meeting Captuo, TLC producers instantly became enamoured by her captivating personality and her phenomenal precision in communicating detailed messages from loved ones on the other side, and immediately signed her to a network deal.

Wendy Douglas is the Executive Producer of the series, and in a behind-the-scenes interview the cameras were turned around for Douglas’s thoughts on what it’s like to bring the show to fruition each week.  You can watch TLC’s interview with Wendy Douglas below.  You can also watch an interview with Caputo and her husband as well where they both explains how difficult it was for both of them in the early years of their marriage when neither knew the source of Theresa’s panic attacks and severe bouts of anxiety.

Theresa Caputo’s encounters with the spirit world began when she was 4-years-old.  As years progressed and the panic attacks and visions of spirits became increasingly intense, Theresa confided more often in her friends who told her this was not normal behaviour.  Theresa’s mother took her to several doctors through the years who all advised her she would be fine and that everything would blow over.  When the experiences became even more crippling, Caputo’s mother took her to see a spiritual counselor and healer who soon discovered that Theresa had a profoundly rare gift.  In the years that followed, Theresa worked closely with her counselor to harness and develop her skills as a medium — and the rest is history. TLC’s Long Island Medium airs Sunday nights at 8pm, 8:30pm, 9pm, and 9:30pm.

Previous post:
Remarkable Story Of A Mother Who Abandons Her 3 Kids Is The Most Unlikely Mother’s Day Heartwarmer Next Post:
“60 Minutes” Exposes How B.C.’s Salmon Farm Industry Will Soon Cause Catastrophic Salmon Extinction