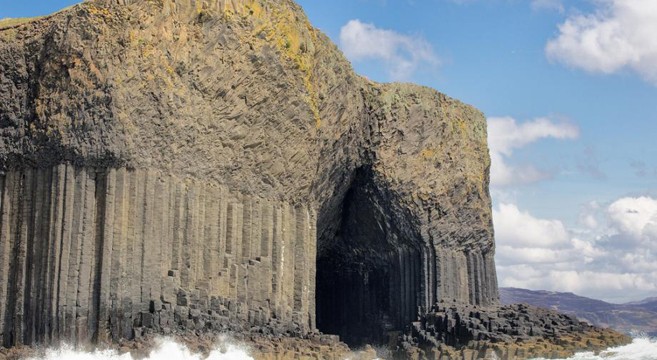 In 2010 I worked on the set designs of the movie IMMORTALS, and one of the most fascinating reference photos I had come across during the research and design development phase was a photo of Fingal’s Cave, located on the Scottish island of Staffa.  The site is a geological phenomenon composed of basalt rock formations — rock which is created when lava is cooled so slowly that it forms hexagonal crystal-like pillars.  Basalt rock formations are found all over the world, but the site of Fingal’s Cave is significant in that it has inspired some of the world’s most renowned artists and musicians.  As Slate points out, composer Felix Mendelssohn created an overture inspired by the cave in 1832, J. M. W. Turner painted a this stunning canvas inspired by the cave in 1832 as well, Pink Floyd wrote and recorded an unreleased track in 1970 entitled “Final’s Cave“, and Matthew Barney set part of his movie Cremaster 3 in Fingal’s Cave.  You can see more photos of Final’s Cave by visiting Slate.com, and by CLICKING HERE. 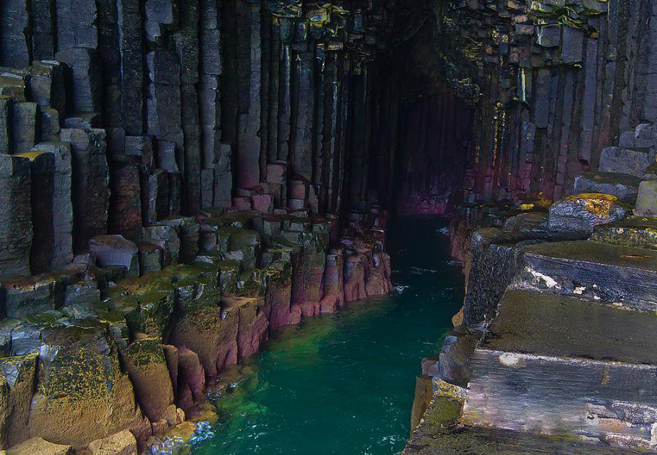 Previous post:
LINKguide (May 1, 2014) Next Post:
Get Taken Away On A Waking Dream With SEOUL’s Gorgeous Track “Stay With Us”