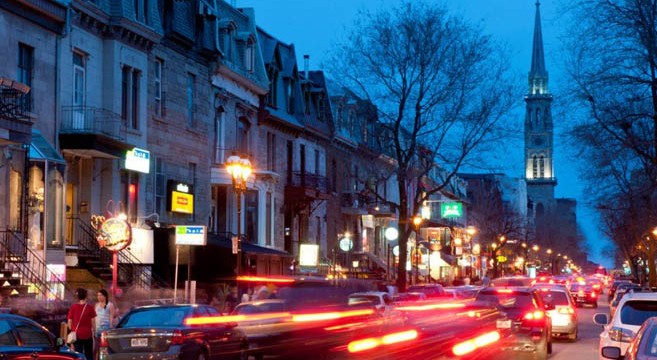 Anyone who has visited Montreal knows there’s no better city to party your ass off like a rock star.  Now the mayor has announced this morning that some bars and restaurants will be allowed to stay open until 6am during a trial period from June 12th to July 5th.  19 bars and restaurants (mostly on Saint Denis Street) have been selected as part of the experiment, and you can find out which ones by visiting the team at MTLblog.com.  (Photo courtesy of Richard McGuire).

Previous post:
Watch The History Of “The Motion Picture Camera” Created For The SOC’s Lifetime Achievement Awards Next Post:
The Wirra Willa Pavilion House In Australia Is My Newest Favorite Dream Home