When the very first trailer for Gia Coppola’s new film, PALO ALTO, was released back in August 2013 I pretty much freaked out.  For the past 8 months it has remained at the #1 spot of my list of favorite movie trailers in recent memory, and I will most certainly be the first one in line when the movie opens on May 9th.  But perhaps the biggest reason I fell in love with the trailer is because of Devonté Hynes’ brilliant original song which injects the second half of the teaser with an unforgettable atmosphere of carefree, teen spirit.  As a matter of fact, when the trailer was first released I harassed Devonté Hynes (a.k.a. BLOOD ORANGE) on Twitter to find out exactly when the song was going to be released.

Hey @devhynes already one of my favorite albums of 2013!!! One question: I thought the song from PALO ALTO trailer was going to be on it :(

@FEELguide it’s on the soundtrack dawg, which is a whole new album of new music for the film. Hold tight bb !

So that was back in November, and all this time later the soundtrack has finally been released.  I completely lost count of how many times I listened to the song “PALO ALTO” today at work, but I will confess I can’t even remember the last time I’ve listened to a song this many times in one day.  I was quick to pick up my own copy of the soundtrack on iTunes today, and was happy to find some other FEELguide favorites on the album as well (i.e. fellow Montrealer Mac Demarco, and Robert Schwartzman in particular).  You can listen to Devonté Hynes’ “PALO ALTO” in its full glory above (as many times as you like), and be sure to grab the full soundtrack on iTunes as well.  Once again, PALO ALTO hits theatres in North America on May 9th. 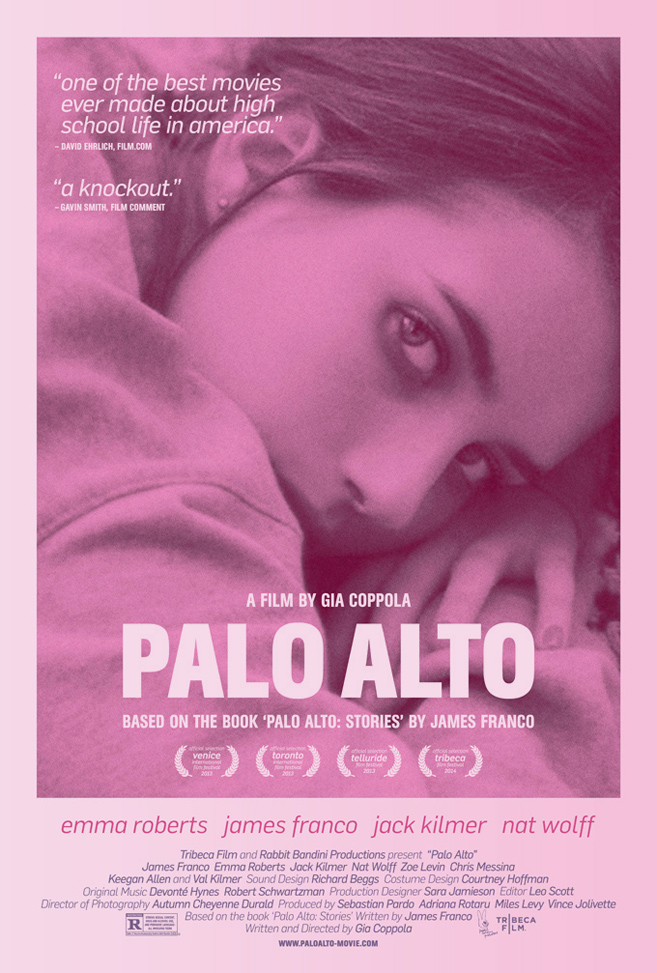