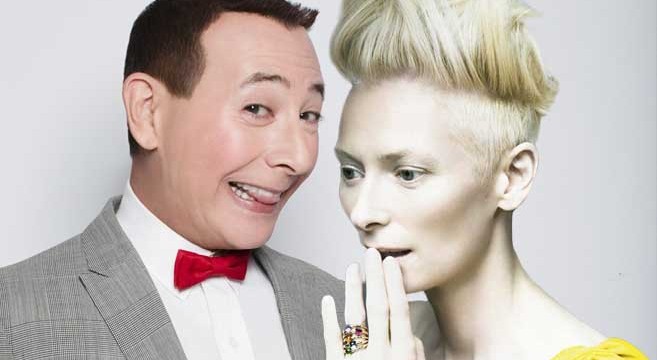 It wasn’t that long ago when Pee Wee Herman himself, Paul Reubens, was over the Moon during a Q&A at the SXSW Film Festival where he spoke about his excitement for the upcoming Pee Wee Herman movie.  “I would give anything to tell you right this second the plot of this movie because I’m so excited about it,” said Herman.  “It’s so phenomenal and you would laugh your asses off if I told you. But I can’t tell.  I begged Judd Apatow to let me announce it here and I don’t know why, but he doesn’t want to do that yet.”  Fast forward to last week, and Judd Apatow let it be known that Pee Wee is definitely coming to theatres.  “We’re pretty close to getting that going,” Apatow said during an interview.  “We’ve kicked around a couple of titles.  ‘Pee Wee Takes A Holiday’ — that was one of them.  But we have a great script that he wrote with a friend of mine, Paul Rust and I think we’re probably going to get to do that soon.”  Apatow’s next project is entitled Trainwreck, and although the details are being kept under tight wraps for now, it was recently announced that Tilda Swinton is in negotiations to join the cast.  The film’s cast currently includes: Amy Schumer, Bill Hader, Brie Larson, Colin Quinn, Saturday Night Live’s Vanessa Bayer and Ezra Miller.  There is speculation Swinton will be playing Schumer’s mother.  Trainwreck is scheduled to arrive in theatres in July 2015.