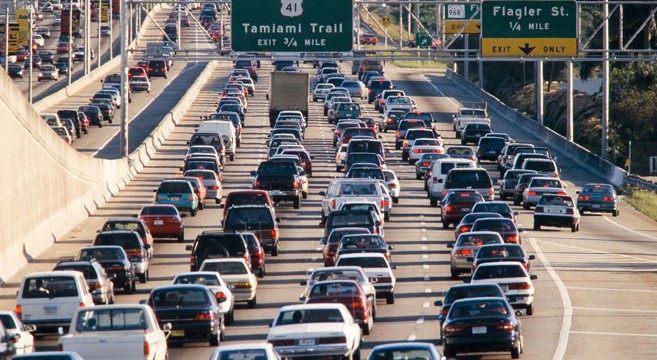 Me, Myself, And Why: New Science Indicates Your Soul Is Very Much Like A Traffic Jam

As diverse as people appear to be, all of our genes and brains are nearly identical.  In her new book Me, Myself, and Why, Jennifer Ouellette dives into the miniscule ranges of variation to understand just what sets us apart.  She draws on cutting-edge research in genetics, neuroscience, and psychology — enlivened as always with her signature sense of humor — to explore the mysteries of human identity and behavior.  Readers follow her own surprising journey of self-discovery as she has her genome sequenced, her brain mapped, her personality typed, and even samples a popular hallucinogen.  Bringing together everything from Mendel’s famous pea plant experiments and mutations in The X-Men to our taste for cilantro and our relationships with virtual avatars, Ouellette takes us on an endlessly thrilling and illuminating trip into the science of ourselves.

In Me, Myself, and Why, Jennifer Ouellette discovers that our perception of “the self” may be nothing more than an incredibly sophisticated illusion.  In their fascinating cover story from last year entitled “The Great Illusion of the Self,” the editors of New Scientist gathered the latest research in modern neuroscience in their challenge to the conventional understanding that human beings have rock solid, consistent, and continuous identities.  “Under scrutiny, many common-sense beliefs about selfhood begin to unravel,” writes New Scientist. “Some thinkers even go so far as claiming that there is no such thing as the self.”  The question at the heart of the matter is not only who we are — but if we are.

Cutting-edge neuroscience has taught us that the human brain is in a constant state of change, and cannot always be trusted as a concrete, anchored “home base” for our individual identities.  Study after study has shown how easily the brain can be manipulated by environmental forces, thereby skewing our sense of “self” at any given moment.  Chris Mooney of Mother Jones writes: “Ouellette’s conclusion from all of this, therefore, is that while it would be going too far to say there is no such thing as the self at all, our understanding of what the self actually is must be dramatically revised.  ‘It’s not right to say it’s an illusion,’ she says, ‘but it is a construct.  But it’s not what you think it is.’  More specifically, Ouellette ultimately concludes that the self is an emergent property of the billions of neurons of our brain all interacting with one another.  What’s emergence?  ‘A system in which the whole is greater than the sum of its parts,’ writes Ouellette.  ‘A traffic jam is emergent,’ she explains.  ‘You have all these cars interacting.  If it gets dense enough, enough interactions, you’re going to get a traffic jam. But that traffic jam is real.’  It is more than the sum of all its cars.  Something similar goes for the self.”

As modern science continues to reverse-engineer the human body in an effort to unlock the secrets of consciousness, it’s worth noting that there are some human experiences that cannot be replicated, and therefore will never be able to be studied by science.  The greatest example of this I have ever known is the true story of what happened to Anita Moorjani on February 2, 2006.  Her personal account of what happened to her on that day is a brilliant example of how the life cycle of the human body is very much akin to the life cycle of a caterpillar.  One could argue the caterpillar’s sense of “self” is terminated once it seals itself inside of its silk cocoon, but as Anita explains, this is just the beginning of the story.  You can watch Anita’s mindblowing story by CLICKING HERE.

SEE ALSO: Sam Harris Explains The Beauty In Embracing The Fact That “Free Will” Does Not Exist
.