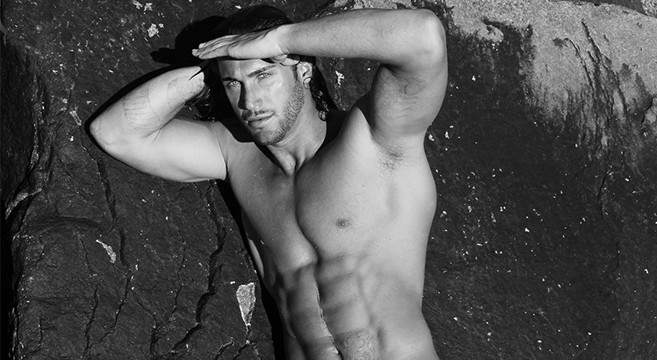 ☛ Fitness model De Angelo (above) is sex on a stick in new series of oceanside photos by Kemuel Valdes (OHLALAmag)
☛ DNA tests confirm 99.9% this kid is Michael Jackson’s son — and his mother inspired the song “Billy Jean” (Dlisted)
☛ Check out this video of an asteroid breaking up in the atmosphere, captured on film for the very first time (Towleroad)
☛ Canadian artist and filmmaker Jon Rafman transforms famous art masterpieces into apartment wallpaper (PSFK)
☛ Betty White hits on sexy Jason Momoa on CONAN, giving the whole world a lesson in how to pick up hot guys (Just Jared)
☛ I would do each and every one of these 32 cowboys, but I’d spend extra special time with cowboys #6 and #23 (The Berry)
☛ Bong Joon-Ho’s SNOWPIERCER starring Tilda Swinton finally gets its North American summer release date (The Playlist)
☛ Everything you need to know about Norwegian pop star Mr. Little Jeans’ new single “Good Mistake” (Disco Naivete)

Previous post:
Mac DeMarco Gives Us An Early Taste Of Summer With His New Single “Brother” Next Post:
Drop Everything And Take A Dance Break With Erlend Oye’s Love Letter To Summer “La Prima Estate”