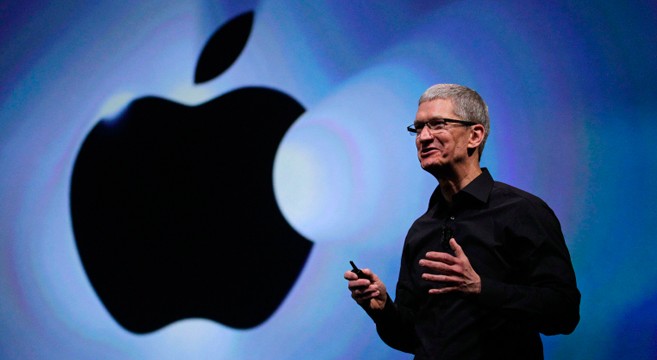 Apple Just Used Your Thumbprint To “Close The Loop”, The Holy Grail Of Business And Technology

Apple has built an impressive array of products, but growth in its iPhone and iPad products/sales is slowly cooling off, and Apple is even considering canceling its iPod line of products entirely, due to their new redundancy.  Apple has many new game-changing products around the corner — including its upcoming Apple televisions — but its most impressive creation is right under your nose and you didn’t even notice.

Over the past several years Apple has built the world’s most impressive e-commerce infrastructure, and it is currently laying the final piece of this massive new part of its business.  In 2014 the holy grail for any business, technology firm, mobile company, or online retailer is the impossible challenge of finding a way to “close the loop” — in other words, finding a method/infrastructure that would encourage a mobile user to go to a store to buy a product, and then be able to attribute that sale to a specific mobile device and user.

Thanks to Apple’s new Touch ID fingerprint technology, your phone is now a perfect mobile payments device because it’s now far more secure than your credit card or bank card.  Apple is also currently installing its iBeacon network infrastructure around the world, wherein it is placing low-powered Bluetooth transmitters in precise locations around stores which will ping your phone (if you activate the iBeacon app) every time you approach a shelf/table which holds a new sale or the latest hot deal.

In a recent quarterly earnings call, Apple CEO Tim Cook said: “In general, we’re seeing that people love being able to buy content, whether it’s music or movies or books, from their iPhone, using Touch ID.  It’s incredibly simple and easy and elegant, and it’s clear that there’s a lot of opportunity there.  The mobile payments area in general is one that we’ve been intrigued with, and that was one of the thoughts behind Touch ID.  But we’re not limiting ourselves just to that.  So I don’t have anything specific to announce today, but you can tell by looking at the demographics of our customers and the amount of commerce that goes through iOS devices versus the competition that it’s a big opportunity on the platform.”

Apple’s e-commerce business grew an astonishing 19% in the first quarter of 2014 with total quarterly revenue of $4.4 billion.  Multiply that by four, and you have an e-commerce giant with annual revenue worth more than $16 billion.  There is no other company in the world that has even come close to achieving anything remotely close to this.  (Photo by Random Reveals).

Previous post:
Get Your Groove Back With Patten’s Crunchy Remix Of Burial’s “Untrue” Next Post:
LINKguide (February 27, 2014)