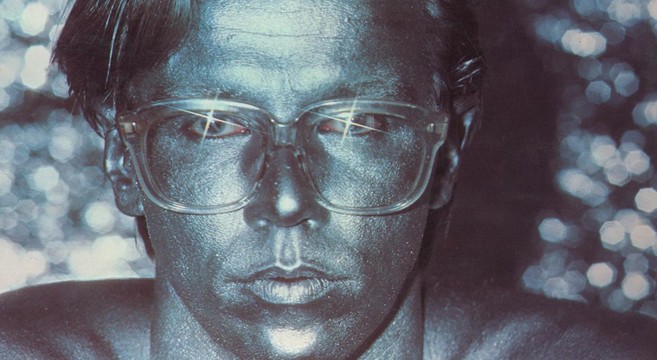 Yesterday TEEN DAZE released a new mixtape which you can stream and download by visiting ThePlayground.co.uk.  The 8-track collection provides a perfect ambient backdrop for pretty much any situation, but the crown jewel of the mixtape is unquestionably Harald Grosskopf’s brilliant track “Synthesist”.

I had never heard this piece of music before, so I had no clue if it was old or new.  I soon discovered the track is from Grosskopf’s now legendary 1979 album of the same name Synthesist.  Pitchfork writes: “In summer 1979, Harald Grosskopf — a drummer who lived in Berlin and had appeared on recordings by Klaus Schulze, Ash Ra Tempel, Cosmic Jokers, and others — holed up in the apartment of a friend in Krefeld, Germany, to record his debut solo album.  In the flat he had a Minimoog, a primitive sequencer, an 8-track reel-to-reel recorder, and a lot of time alone.  Over the course of several weeks, Grosskopf wrote and recorded the material that wound up on ‘Synthesist’, which was eventually released on the venerable Hamburg-based kosmische imprint Sky.  RVNG has reissued the album, which is held in high esteem among early synth enthusiasts but is not widely known, along with an additional disc of re-workings by some of the record’s admirers (Oneohtrix Point Never, James Ferraro, Arp, etc.)  Between the original record and the new versions, ‘Synthesist’ offers an endlessly listenable introduction to Grosskopf’s music that also serves a fascinating window into the sound of a specific time and place.”

You can read the full story by visiting Pitchfork.com.  And to purchase your own copy of Harald Grosskopf’s recently reissued masterpiece Synthesist simply head over to iTunes.  To read a terrific interview with Grosskopf (where he also explains the story behind his chromium-masked portrait on the album’s cover above) by visiting Psychedelic Baby.