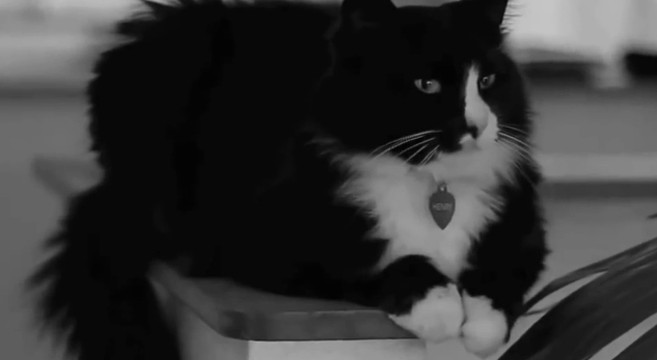 A strange story published by the renowned scientific journal PLOS ONE recounts a discovery recently made by a research team.  After combing through 10 years’ worth of health records for more than 1.3 million people, the researchers came across a strong and peculiar pattern which links cat bites with depression.

41% of patients who were treated for cat bites had also been treated for depression, and 86% of these patients were women.  The data also revealed that women who have been bitten by a cat have a 50% chance of being diagnosed with depression at some point. The authors of the study speculate three theories as to why this unusual connection is so prevalent:

THEORY #1 (DEPRESSED PEOPLE LOVE CATS WHICH BOOSTS THE ODDS OF CAT BITES):  There is substantial evidence to suggest that pet ownership results in multiple health benefits, both physical and mental. For example, pet ownership has been shown to reduce elevated blood pressure caused by mental stress even better than antihypertensive medications. Pets can also provide substantial social support. A study in Switzerland reported that among people living alone, cats could improve their mood. As such, it may be that depressed individuals, especially women, are more likely to own cats for companionship.

THEORY #2 (CATS HATE BEING AROUND DEPRESSED PEOPLE SO THEY NEED TO BITE THEM):  Some animals may bite more in response to changes in their owners’ mental state or level of responsiveness. For example, depressed individuals often make less eye contact compared to those without depression. Some animals, such as dogs, horses, and pigs are known to respond to human social cues such as gestures, gaze, and focus. Even cats may respond to respond to pointing gestures and human gaze. One study reported that the type of activity being undertaken by a test subject had a large impact on a cat’s behavior.

THEORY #3 (CATS ARE CRAWLING IN PARASITES WHICH ATTACK THE HUMAN BRAIN):  Cats are a major carrier of the parasite Toxoplasma gondii.  Studies have shown that the parasite is passed to humans via the cats’ feces, and causes damage to the brains of the humans it infects. Infections from the parasite have been associated with self-inflicted violence as well as increased suicide rates in women. It has also been suggested that the inflammatory cytokines released during a T. gondii infection in the brain may be the cause of depression in some patients.

If I were to add a fourth theory it would read: “THEORY #4 (ALL OF THE ABOVE)”.   Furthermore, I would also note the fact that women cat owners are not alone in their suffering — I have observed very strange behavior in men who have been attacked by parasitic pussy as well.  Strange behavior, yes, though not quite as strange as the woman in the following clip.  If you want to see a demonstration of cat-owning gone coo-coo, check out Academy Award winning actress Melissa Leo in the following clip from the critically acclaimed film Francine.  Every time I watch this I feel the need to stay as far away from cats as humanly possible.

SEE ALSO: New Study Confirms What You’ve Suspected All Along: Your Cat Really Doesn’t Give Two Shits About You

Previous post:
The Power Of 8 Hours: A Brain Without Sleep Is Worse Than A Toilet Without A Flush Next Post:
LINKguide (February 20, 2014)