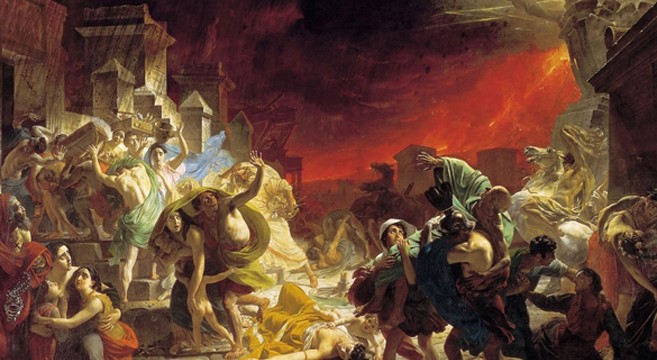 A fascinating new scientific study released by the prestigious scientific journal PLOSone confirms that a religious belief system anchored in a concept of a punitive hell causes severe and long-lasting detrimental effects on one’s well-being.  “Although religiosity is consistently tied to greater well-being, little research has examined which elements of religious belief offer mood benefits, which do not, and which may in fact be detrimental,” write the authors in their study.

The abstract reads as follows: “Though beliefs in Heaven and Hell are related, they are associated with different personality characteristics and social phenomena. Here we present three studies measuring Heaven and Hell beliefs’ associations with and impact on subjective well-being.  We find that a belief in Heaven is consistently associated with greater happiness and life satisfaction while a belief in Hell is associated with lower happiness and life satisfaction at the national (Study 1) and individual (Study 2) level.  An experimental priming study (Study 3) suggests that these differences are mainly driven by the negative emotional impact of Hell beliefs.  Possible cultural evolutionary explanations for the persistence of such a distressing religious concept are discussed.”

The researchers carefully analyzed data provided by the Gallup World Poll, World Values Survey, and European Values Survey in order to compare the “differences in subjective well-being between 63 countries against national rates of Heaven and Hell beliefs.”  Because the data was sourced from hundreds of thousands of participants, researchers were able to eliminate any discrepancies related to such variables as religious attendance, GDP per capita, unemployment levels, etc.  The final analysis proved that countries which had higher levels of belief in Hell were significantly unhappier than countries which had a stronger proportion of believers in Heaven.  People from countries which leaned more heavily towards Heaven-oriented beliefs demonstrated much higher levels of happiness.

You can read the entire study by visiting PLOSone.  Several months ago I referred to another scientific study which confirmed how those who believe in an angry, punishing God are far more likely to suffer from a wide range of mental illnesses.  You can read the full story by CLICKING HERE.

SEE ALSO: Scientific Study Of Separated Identical Twins Discovers There Is A Huge Genetic Component To Faith
SEE ALSO: The Neuroscience Of Madmen & Massacres, And Why Free Will Is Just An Illusion
SEE ALSO: Unlocking The Mystery Of Epigenetics, The New Factor Bridging Nature vs. Nurture
SEE ALSO: The Awesome Rise Of The Christian Left And Its Reign As The New Moral Majority
SEE ALSO: Pentecostal Ministry Collapsing From Oprah Exposé, Episcopalian Bishop Explains
SEE ALSO: Revolutionary Theory Of Biocentrism Unlocks The Mysteries Of Consciousness, The Soul & The Afterlife