Director Jonathan Glazer is the creative force behind such films as Sexy Beast (2000) and Birth (2004), as well as such iconic music videos as Massive Attack’s “Karmacoma” (1995), Radiohead’s “Karma Police” (1997), and ”Rabbit in Your Headlights” by UNKLE featuring Thom Yorke (1998).

Glazer’s long list of master works have made him one of the most influential and inspiring filmmakers of the past 20 years, and the buzz surrounding his newest film indicates we are in store for another tour-de-force offering.  Under The Skin stars Scarlett Johansson as an alien who preys on the men of Earth, seducing them with her sexual prowess and then killing them.  Over time, however, Johansson develops a conscience and begins to feel that her actions may be immoral.  At the recent Telluride premiere of Under The Skin, The Playlist was floored by Johansson’s riveting performance:“[Johansson] is perfectly cast, being able to shift from blank alien mode to kittenish seduction without ever letting you see the switch being turned on or off.”

Earlier today the film released its official new (gorgeous) poster, as well as the best damn trailer I’ve seen in ages. Under The Skin opens in New York and Los Angeles on April 4th and opens across North America on April 11th.  And as with most of my Scarlett Johansson posts, I never miss an opportunity to listen to Squarepusher’s track “Tommib” from Sofia Coppola’s Lost In Translation.  Absolutely timeless. 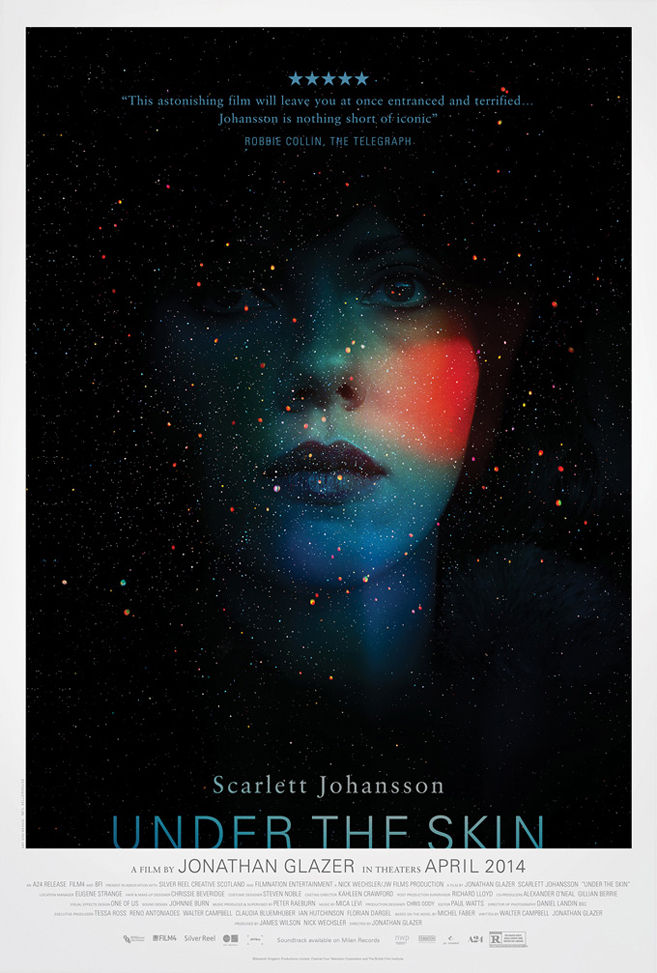 Previous post:
Experts Crunch The Data To Build A Comprehensive Analysis Of The Scientific Impact Of TED Talks Next Post:
LINKguide (February 11, 2014)