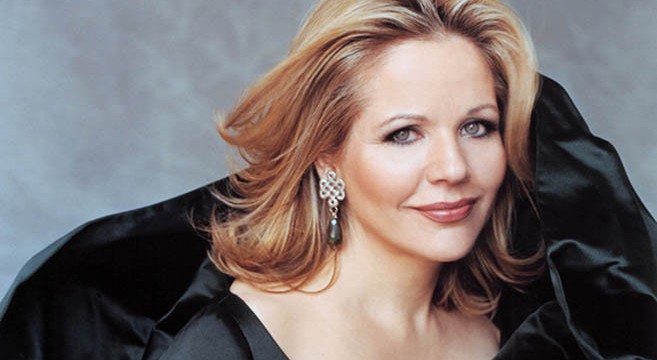 The NFL has announced that American soprano and opera superstar Renee Fleming will sing the national anthem at Super Bowl XLVIII on February 2.  This is the first time an opera singer has been given the honor.  Renee Fleming has won four Grammy Awards, as well as the National Medal of Arts, and is widely regarded as one of the greatest living singers in the world.  The NFL previously announced that Bruno Mars and the Red Hot Chili Peppers will perform in the Pepsi Super Bowl XLVIII Halftime Show.  The pregame and halftime shows are an NFL Network Production and will be executive produced by Ricky Kirshner.  It will be difficult for any performer to top Whitney Houston’s legendary performance of “The Star Spangled Banner” at the 1991 Super Bowl, but if anyone can pull it off it’s Renee Fleming.

Previous post:
You Can Now Listen To Owen Pallett & William Butler’s Oscar-Nominated Score To “HER” In Full Next Post:
HALCYON’s “Dreamer” Is The Most Brilliant Tribute To The 1980s You Will Ever See