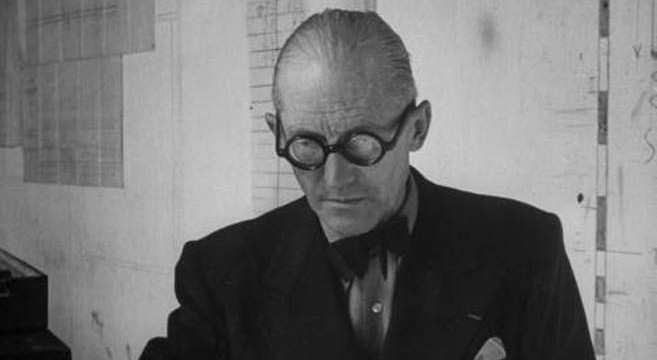 One would imagine that if you’re one of the most important and accomplished architects of all time, that you wouldn’t have to worry about feeling inferior to a fellow great mind.  Wrong.  Such is the story of what happened to Le Corbusier (1887-1965), one of the most influential architects in history, when he met iconic physicist Albert Einstein (1879-1955).

The year was 1947 and Le Corbusier had just returned to Princeton after presenting his design concept for the United Nations headquarters in New York.  While at Princeton, Le Corbusier met up with Einstein to discuss “The Modulor”, a concept Le Corbusier had been working feverishly on for some time.  In his 1954 book, The Modulor, Le Corbusier writes: “I had the pleasure of discussing the Modulor at some length with Professor Albert Einstein at Princeton.  I was then passing through a period of great uncertainty and stress; I expressed myself badly, I explained the Modulor badly, I got bogged down in the morass of ’cause and effect’.  At one point, Einstein took a pencil and began to calculate.  Stupidly, I interrupted him, the conversation turned to other things, the calculation remained unfinished.  The friend who had brought me was in the depths of despair.  In a letter written to me the same evening, Einstein had the kindness to say this of the Modulor: ‘It is a scale of proportions which makes the bad difficult and the good easy.’  There are some who think this judgement is unscientific.  For my part, I think it is extraordinarily clear-sighted.  It is a gesture of friendship made by a great scientist towards us who are not scientists but soldiers on the field of battle.  The scientist tells us: ‘This weapon shoots straight: in the matter of dimensioning, i.e. of proportions, it makes tour task more certain.’ “

So the next time you meet someone who intimidates you — as was the case for Le Corbusier when he met Einstein — it’s worth remembering that it’s just your ego telling you you’re inferior.  Keep that ego in check, stay present, and be open to the possibility that even a brilliant theoretical physicist could learn a thing or two from you as well.  To find out what happened when Einstein met Tagore, you can read this: “The Greatest Scientific & Spiritual Meeting Of All Time: When Einstein Met Tagore“.

SEE ALSO: Read Albert Einstein’s Letter To His 11-Year-Old Son On Joy, Time & The Secret To Learning Anything
SEE ALSO: Have $3 Million To Spare? You Can Buy Einstein’s Famous “God Letter” At Auction This Coming Monday
SEE ALSO: The Fascinating Story Of Einstein’s Childhood, His Rebellious Youth, And His Definition Of God 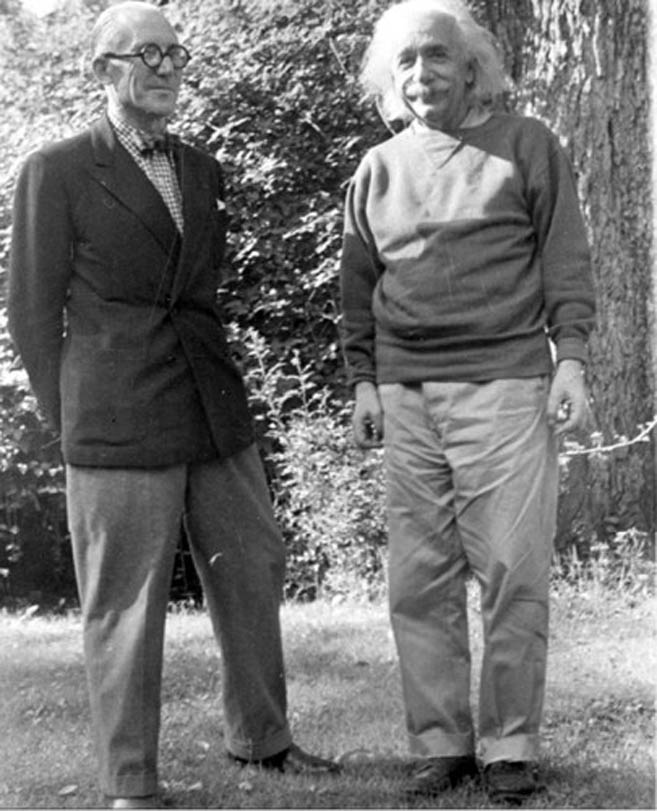 Previous post:
Watch Award-Winning Documentary “The Day Before Disclosure” About Truth Of Extraterrestrial Contact Next Post:
The Fairhaven Beach House In Southern Australia Is A Love Letter To Cinema, Surfing, & Mother Nature