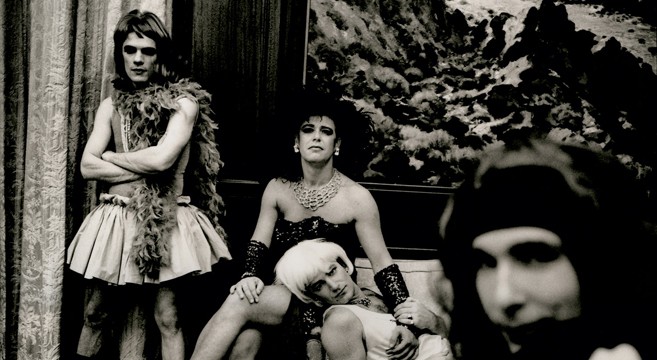 Watch This Mindblowing U2 Documentary And You Will Never, Ever, Ever See The Band The Same Way Again

The other night while fading in bed, I was flipping through the channels to find something to fall asleep to.  Soon enough I came upon a documentary with Bono talking about the early years of U2, and I thought to myself: “Hmmm, this is probably boring.”  Thankfully I stuck with it for a few minutes because in that short time I became immediately hooked and realized this was by no means an average rock band doc.

From The Sky Down is directed by Davis Guggenheim (An Inconvenient Truth, Waiting For Superman, It Might Get Loud), and this film is so exceptionally well crafted, it will forever change the way you see U2.  In their September 2011 review of the film, Entertainment Weekly wisely wrote: ” ‘From The Sky Down’ isn’t just good — it’s downright transcendent.”

The film chronicles the dark chapter U2 experienced in the wake of the band’s disastrously received 1988 album Rattle And Hum.  Coming within a hair of collapsing, the band decided it was time to try and come together once again to reinvent themselves and find their true voice.  From The Sky Down is largely a look back at the 1990-91 recording of their album Zooropa, which would go on to become one of the greatest course corrections in rock music history.

SEE ALSO: Listen To Depeche Mode, The Killers, And NIN’s Brilliant Covers Of “ZOOROPA” Tracks In Honor Of U2

Previous post:
Watch Charlie Rose’s Fascinating Conversation With Claire Danes About The Power Of “Homeland” Next Post:
Watch This Awesome Featurette On How The Visual Effects For “GRAVITY” Were Brought To Life