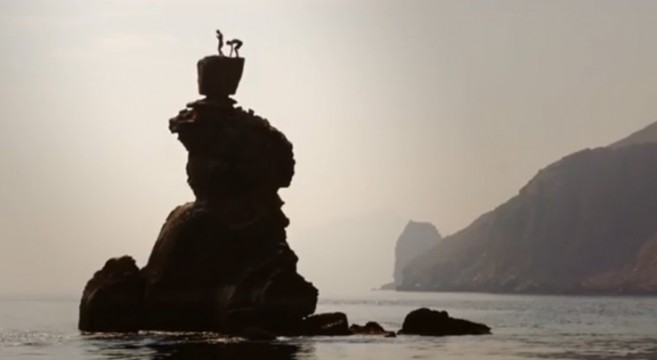 Brand new research out of Vanderbilt University has shown that people who have less of a certain type of dopamine receptor show much higher tendencies of participating in dare devil behavior, risk-taking, and maxing out their credit cards on ridiculous spending splurges.  Because people that have a low count of this one specific type of domaine receptor, they also tend to be much more impulsive than the average person because they get such a larger-than-normal rush out of these risky activities.  They also happen to be the type of people most likely to break their New Year’s resolutions.

Research has also shown that merely measuring someone’s intentions creates a bias in favor of those intentions being carried out.  Studies have shown that people that had been asked their intentions were about 30% more likely to turn those intentions into a reality — thereby giving a huge endorsement to the annual act of making a list of New Year’s resolutions.

Philosopher and author Alain de Botton has written beautifully on the topic of why one should — despite everything — make new year’s resolutions.  He writes: “We don’t tend to make resolutions about things we completely believe in.  Few of us would ever resolve to be appalled by war or disease.   It just comes naturally.  But we do resolve all the time to be kinder or more hardworking, because a sizeable part of us loves being cruel and sitting around.  A resolution always hovers over a grave inner conflict and constitutes a vow by one part of ourselves against another.  Which is why — according to some — we should never be so foolish as to make a resolution.

And yet we need resolutions – even if we don’t actually manage to carry them through or rather, precisely because we rarely manage to do so.  Trying to lead a moral and a good life must mean regularly daring ourselves to be good.  It’s sometimes said that deep down we are all essentially honest, well-meaning and kind.  I’m not too sure: left to our own devices, we have a frightening tendency to be self-indulgent, selfish, narcissistic and lazy.  So we need resolutions for the same reason as we need laws: to keep ourselves in check.

A resolution is a voluntary abdication of our freedom and immediate gratification in the interests of a higher goal.  As such, it is a symbol of civilization, defined as an institution which regulates our wilder, more destructive desires for the sake of the common wealth and our own flourishing.  Resolutions are minor laws that we pass against our unruly selves.

We might be tempted to mock the public nature of resolutions.  Why resolve things at New Year? Why tell people? Precisely for the same reason that we tend to go in for public marriage: because it can be useful to back up our own resolve with the pressure that stems from the expectation of others.  It is often not bad enough to let ourselves down, so in addition, we need the fear of letting lots of people down to keep us on track.  By being declared in public, a resolution gains confirmation and amplification.  We can use the energy that surrounds the birth of a new year to lend our own inner change some impetus.”

In order to honor the beauty of Alain de Botton’s philosophy of the importance of making New Year’s resolutions, I hereby do declare that 2014 will be the year where yours truly will be going the extra mile to live life a little more dangerously.  My newest inspiration for this resolve is this National Geographic profile of a team of hard-core rock climbers who take on the cliffs of Oman.  As impressive as it is inspiring.

Previous post:
The Psychedelic Origins Of The Santa Claus Myth, And How Christmas Was Illegal In U.S. For A Century Next Post:
Watch The “STAR WARS Christmas Special” Starring The Original Cast, Bea Arthur & Jefferson Starship