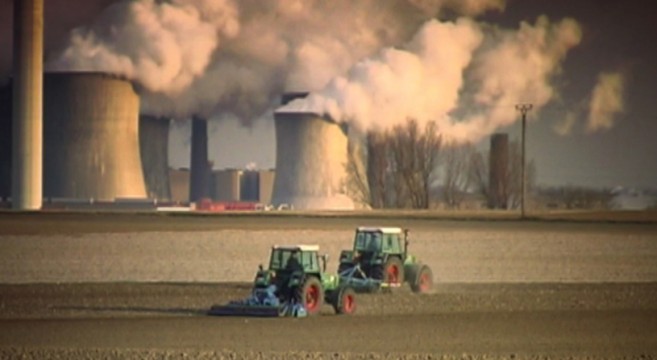 Hippocrates famously said: “Let thy Food be thy Medicine and thy Medicine be thy Food.”  That’s the message from the founding father of modern medicine echoed in the controversial documentary film Food Matters from first-time Producer-Directors James Colqhuoun and Laurentine ten Bosch.

“With nutritionally-depleted foods, chemical additives and our tendency to rely upon pharmaceutical drugs to treat what’s wrong with our malnourished bodies, it’s no wonder that modern society is getting sicker.  ‘Food Matters’ sets about uncovering the trillion dollar worldwide ‘Sickness Industry’ and giving people some scientifically verifiable solutions for curing disease naturally,” says Colqhuoun.

And in what promises to be the most contentious idea put forward, the filmmakers have interviewed several world leaders in nutrition and natural healing who claim that not only are we harming our bodies with improper nutrition, but that the right kind of foods, supplements and detoxification can be used to treat chronic illnesses as fatal as terminally diagnosed cancer.  The Food Matters team are allowing for free online viewing of the film for the next 48 hours and you can watch it in full by visiting FoodMatters.tv/free (watch the trailer below to get a sneak peek).  And be sure to also follow Food Matters on Facebook.

Previous post:
Tolkien & Sendak On The Psychology Of Fantasy & The Powerful Effect Of Fairy Tales On The Adult Mind Next Post:
Take A Ride On Benoit Pioulard & Foxes In Fiction’s Transcendent Single “Ground Glass”