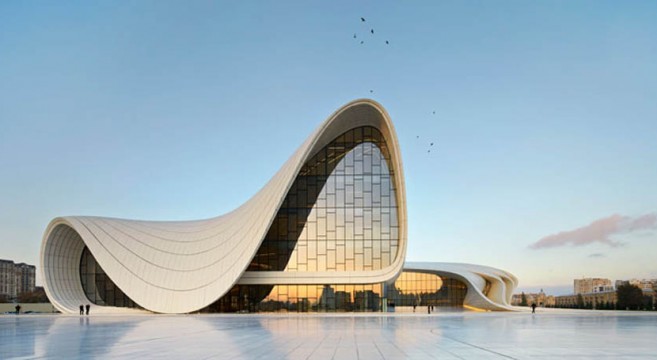 Ever since it gained independence from the Soviet Union in 1991, Azerbaijan on the Western coast of the Caspian Sea, has been investing heavily in modernizing its infrastructure and architecture.  The newest and most stunning example of this initiative is the Heydar Aliyev Center, a mixed-use cultural center designed by renowned architect Zaha Hadid.  The design team elaborates on the concept: “The plaza, as the ground surface; accessible to all as part of Baku’s urban fabric, rises to envelop an equally public interior space and define a sequence of event spaces dedicated to the collective celebration of contemporary and traditional Azeri culture. Elaborate formations such as undulations, bifurcations, folds, and inflections modify this plaza surface into an architectural landscape that performs a multitude of functions: welcoming, embracing, and directing visitors through different levels of the interior. With this gesture, the building blurs the conventional differentiation between architectural object and urban landscape, building envelope and urban plaza, figure and ground, interior and exterior.”  All photos courtesy of Iwan Baan, Hufton + Crow, and Helene Binet.  For more great stories from the world of architecture be sure to visit Architecture on FEELguide. 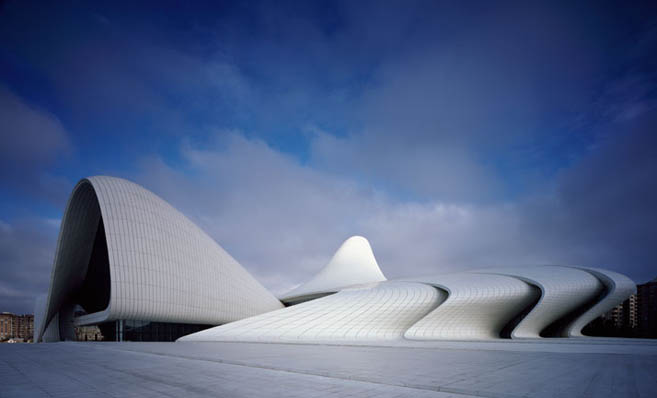 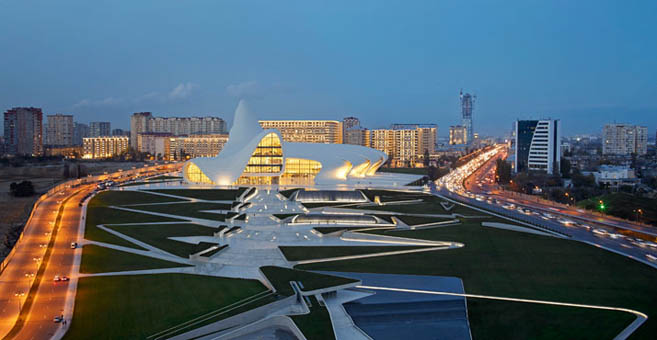 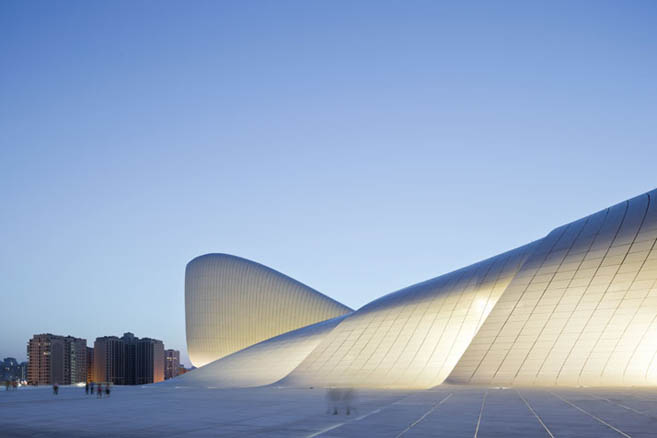 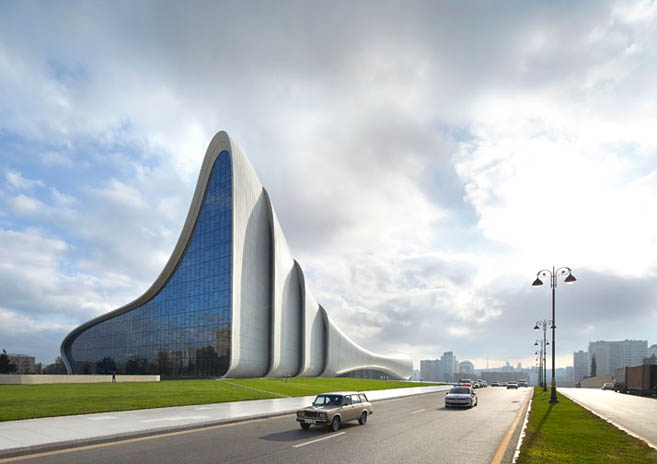 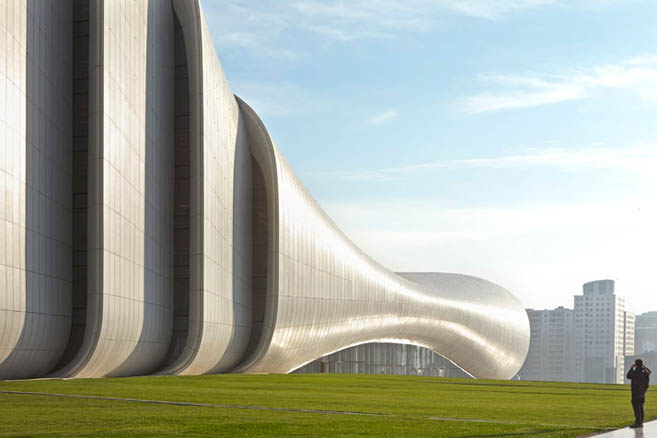 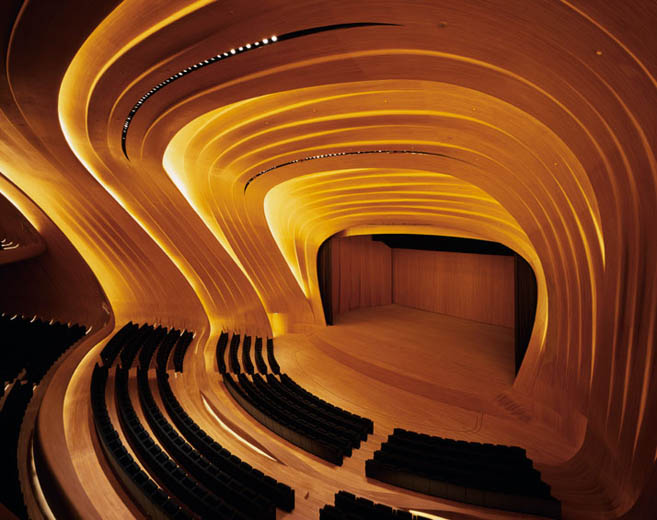 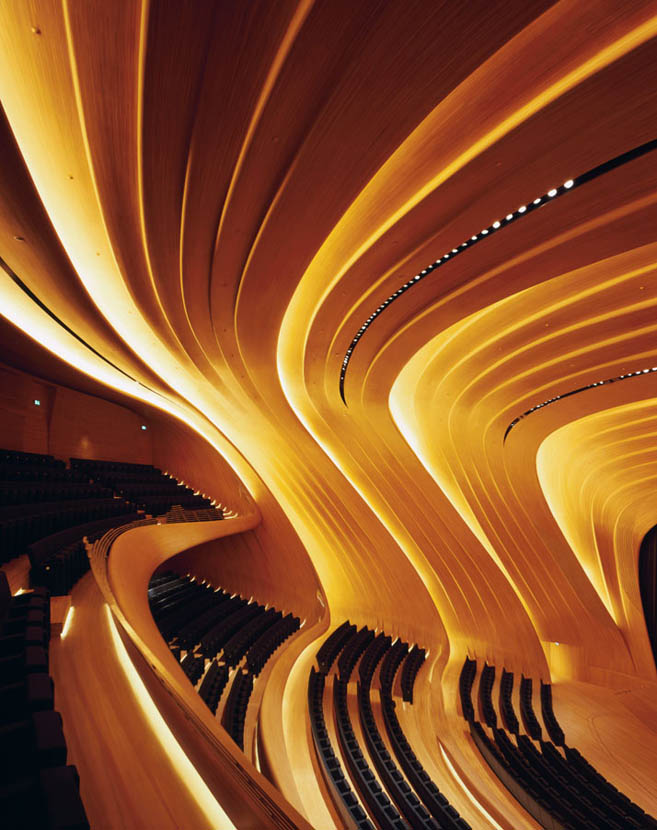 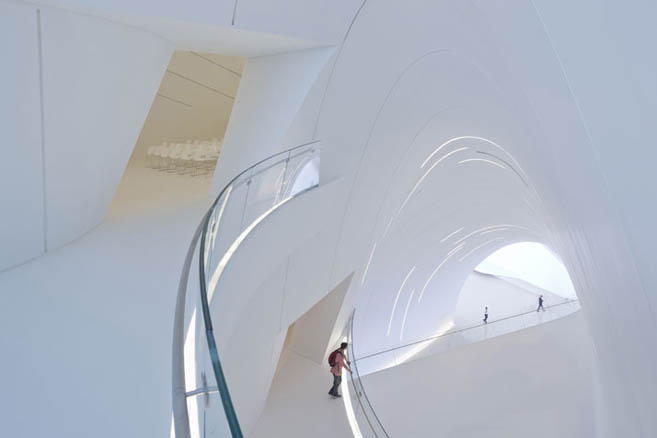 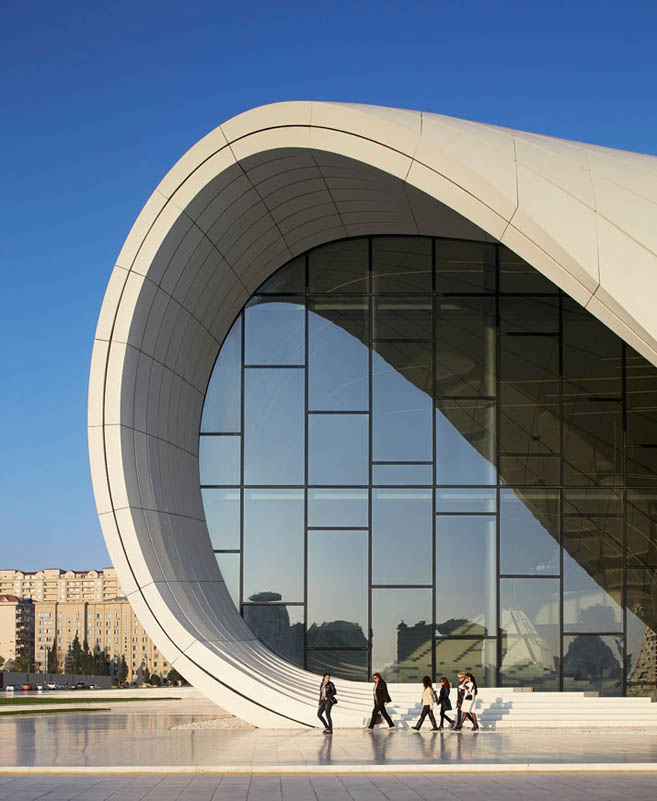 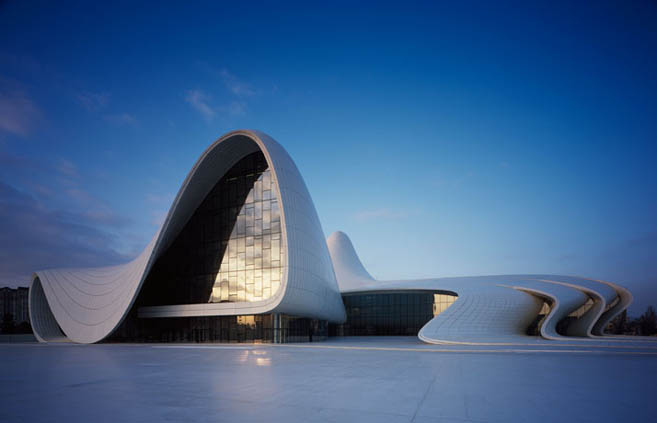 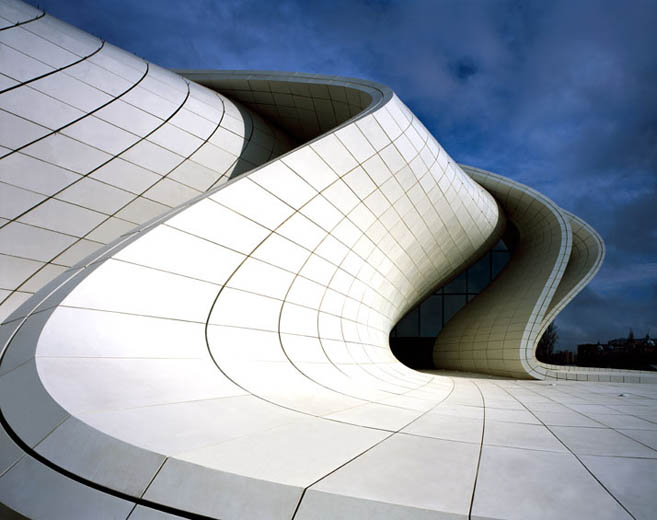