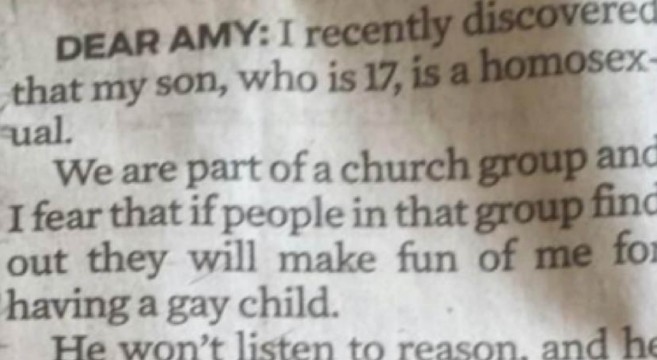 Amy Dickinson is author of the New York Times bestselling memoir, The Mighty Queens of Freeville: A Story of Surprising Second Chances, a chronicle of her experiences and misadventures as a single mother to her daughter, Emily.  She also pens her enormously successful advice column, “Ask Amy,” which is carried in over 150 newspapers and read by an estimated 22 million readers daily.  Although the majority of Amy’s readers are reasonably intelligent people, it goes without saying that at least a portion of the letters Amy receives come from people who are a few knives short of a full drawer.  Case in point is this letter Amy replied to recently which came from a mother who felt betrayed that her son won’t stop being gay.  The batshit crazy mom got a reply from Amy worthy of an international gold medal for Best Use Of Sarcasm.  Take a look below and you can read Amy’s brilliant piece of advice in full. 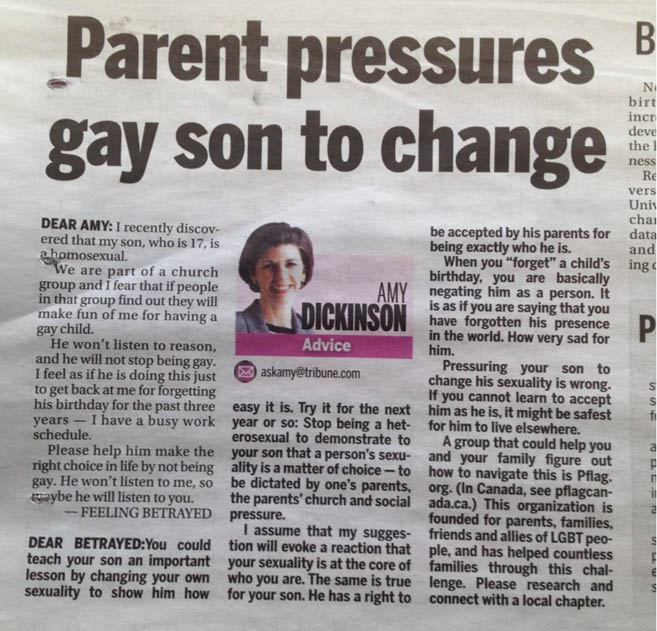 Previous post:
LINKguide (November 22, 2013) Next Post:
Zaha Hadid Blows Us Away Once Again With Her Design Of The Heydar Aliyev Center In Azerbaijan