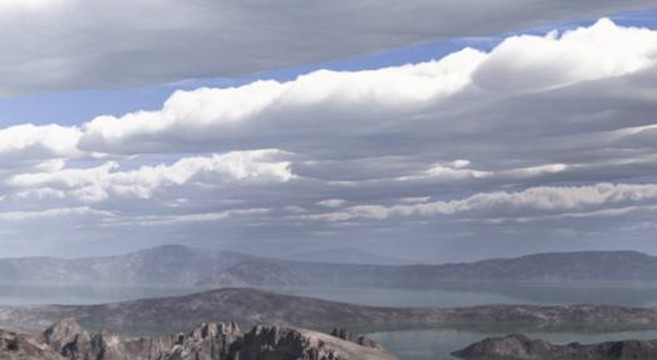 The team at NASA’s Conceptual Image Lab recently created this impressive animation showing what Mars would have appeared like approximately 4 billion years ago.  Back then, Mars had enough of an atmosphere to support large bodies of water, and would have been extremely similar to Earth today.  The animation is one of the most complex that NASA has ever produced, and was created with the assistance of scientists from the Mars Atmosphere and Volatile Evolution (MAVEN) mission which is set to blast off from Cape Canaveral on November 18th.  Once it arrives in orbit around Mars, MAVEN will study how the Martian climate has evolved over time by analyzing the gases in the planet’s atmosphere.