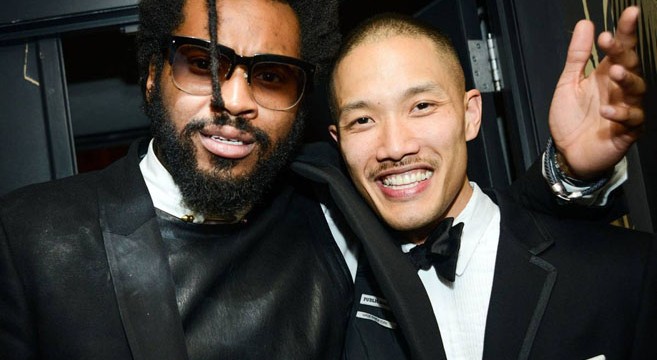 Anna Wintour Just Gave These Two Guys $300,000 After Spying On Them For One Year

Dao Yi Chow and Maxwell Osborne are the young creative wizards behind the luxury menswear label Public School.  It’s been a remarkable year for the duo, having won the Swarovski Young Men’s Design Award from the Council of Fashion Designers of America back in June.  Big news indeed, but the real kicker came earlier this evening when the pair were announced as the winners of the prestigious CDFA/VOGUE Fashion Fund, valued at $300,000.  Chaired by VOGUE Editor-In-Chief Anna Wintour, the program tracks 10 young designers for one year, and grants the $300,000 prize to the designer(s) with the most promise and potential.  Tonight the boys of Public School are somewhere in New York sipping champagne with Anna and taking a well deserved break for one night of celebration.  Nice job guys!  For all things Public School be sure to visit PublicSchoolNYC.com.

Previous post:
Watch Doctor Explain How She Cured Her Terminal Illness With Food Alone Next Post:
There Are 11 Rival Countries In North America And A Fascinating New Map To Prove It