Carl Sagan was one of the most important champions of astronomy, science, the cosmos, and so much more when he passed away at the age of 62 in 1996.  Born on November 9, 1934, today would have been Carl’s 79th birthday.  In honor of this great man’s achievements in science, as well as his commitment to keeping the mystery and wonder of outer space alive in the minds of young and old alike, the team at animation studio ORDER put together this gem of an animated tribute to Carl’s now iconic “Pale Blue Dot” monologue.  The monologue itself came out of Sagan’s fascination with a the remarkable photo taken by the Voyager 1 space probe in 1990, the most distant photograph ever taken of Earth.  For more gems like this one be sure to follow The Sagan Series on Facebook.  I have also embedded Neil deGrasse Tyson beautiful words, also set to awe-inspiring footage, entitled “The Most Astounding Fact”.  Happy Birthday Carl, wherever you are on the other side.

SEE ALSO: Editors Of GOOD Examine How World’s New Interconnectedness Has Affected The Spirit Of Exploration 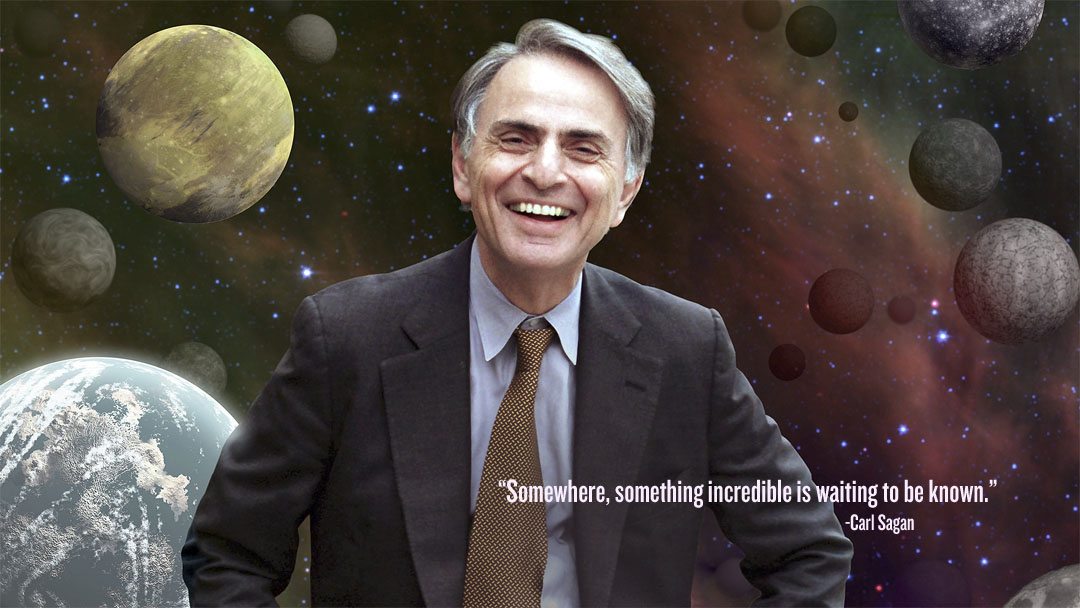