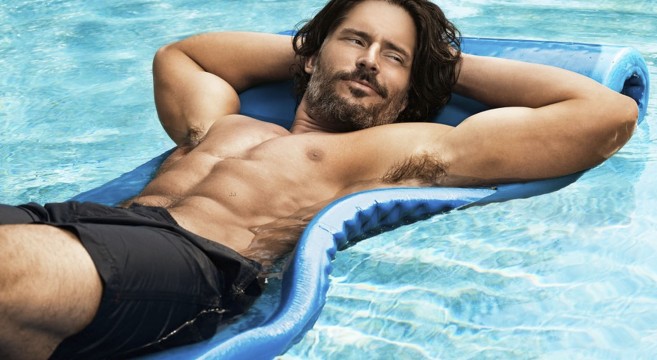 The Top 5 Surprising Health Benefits Of Moustaches And Beards

I was never a beard kind of a guy until a couple of years ago when I let it grow out.  It’s been there ever since, and I enjoy it so much that I’m not sure when, or if, I will ever shave it off.  Moustaches and beards have never been more popular, partly due to what’s become the annual global tradition of Movember which helps raise awareness about a wide range of men’s health issues.  And speaking of men’s health and facial hair, there is some fascinating science which confirms there are at least 8 health benefits associated with having a moustache or beard.

2. TRUST BOOSTER: Tests in marketing research have demonstrated that men with well trimmed beards are considered to be much more trustworthy  in advertising campaigns compared to men without facial hair.  Trust was one of the fundamental precursors we needed to achieve before our species made its evolutionary leap to world dominance in the animal kingdom.  If you appear more trustworthy your chances of winning the heart of a beautiful woman (or man) to help spread your genetics increases significantly.

3. MAKES YOU HOTTER: Of all the subtleties that determine a man’s sex appeal, one of the most dominant is facial symmetry.  In countless studies of both men’s and women’s faces, the ones rated the most attractive are consistently those with the most symmetrical facial features.  If a man’s face is somewhat less symmetrical, a moustache or a beard can create the illusion of a more symmetrical face, as well as a more pronounced jaw which is also a major factor in sex appeal. Get the girl and your DNA lives on forever. John from CivilizedHealth.com agreed: “Facial hair is the in thing at the moment and great facial hair can help your game with women.”

4. REDUCES INFECTION: Beards reduce the risk of facial cuts which in the past were a common source of death.  It was not entirely unusual for a man to die from a septic infection due to a shaving cut.

5. GET RICH: There is a movement in the works in the U.S. to grant a $250 tax exemption to men with moustaches.  That could buy you a lot of vitamin C, healthy greens, and even a new pair of running shoes to get in style during a morning run.  You can learn more by signing The STACHE Act by CLICKING HERE.

Previous post:
Sunrise, Sunset: WASHED OUT Stars In Debut Pocket Doc Series From NOWNESS Next Post:
Lesson Learned: Bieber Slept With A Brazilian Hooker & She Got It All Caught On Video