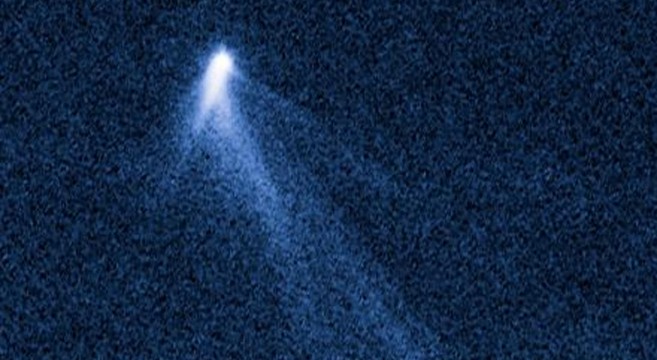 A strange new mystery just appeared in our own backyard of outer space, right between the orbits of Mars and Jupiter.  Somehow a newly identitified astreroid named P/2013 P5 is posing as a comet, but instead of having one tail like a normal comet, this one has six — yes SIX.  Astronomers first noticed the bizarre discovery when it was picked up by the Pan-STARRS telescope in Hawaii, then later by NASA’s Hubble Space Telescope.  NASA officials are describing it as a “weird and freakish object”, but one can imagine there are plenty of other NSFW words being tossed around the NASA offices right now as well.  “We were literally dumbfounded when we saw it,” said UCLA’s David Jewitt, the lead scientist on the research paper published today in Astrophysical Journal Letters.  “It’s hard to believe we’re looking at an asteroid.”  Comets have tails because they are made of dirty ice, and when they approach the Sun this ice begins to melt and leave its famous single tail.  Asteroids, however, are made entirely of rock, so there’s little or no chance any ice exists on P/2013 P5.  You can read NASA’s press release in full by visiting HubbleSite.org.  In a related story, astronomers are also concerned that asteroids are much more prevalent than previously though.  You can watch the CBS This Morning report below. 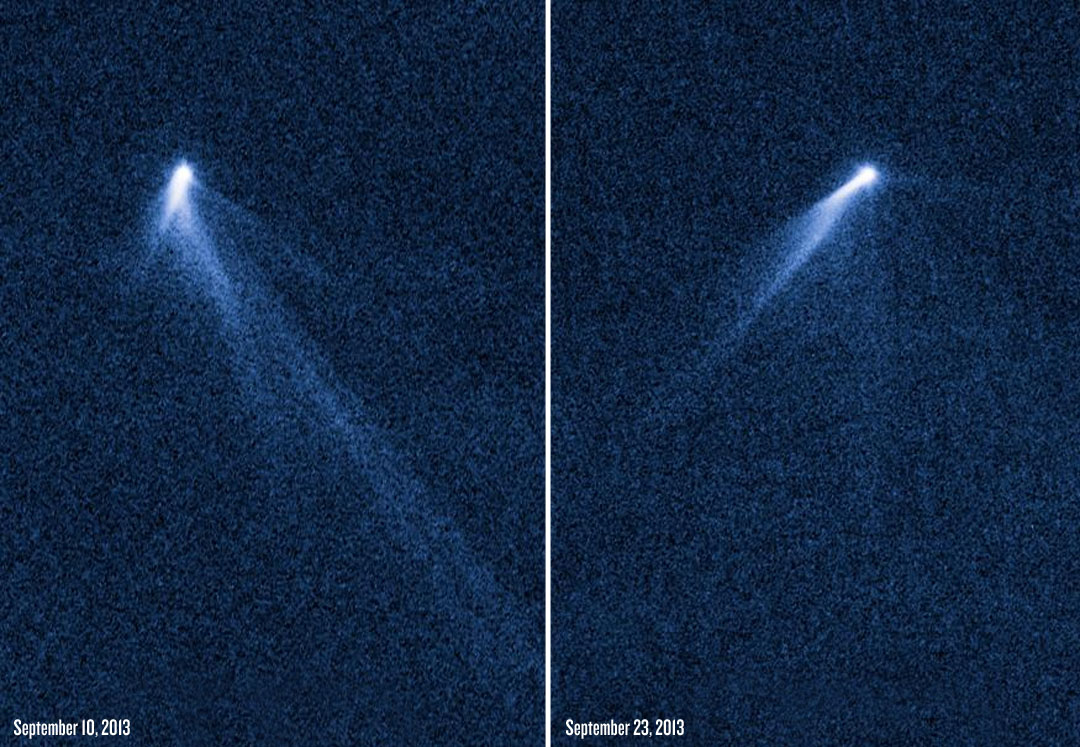 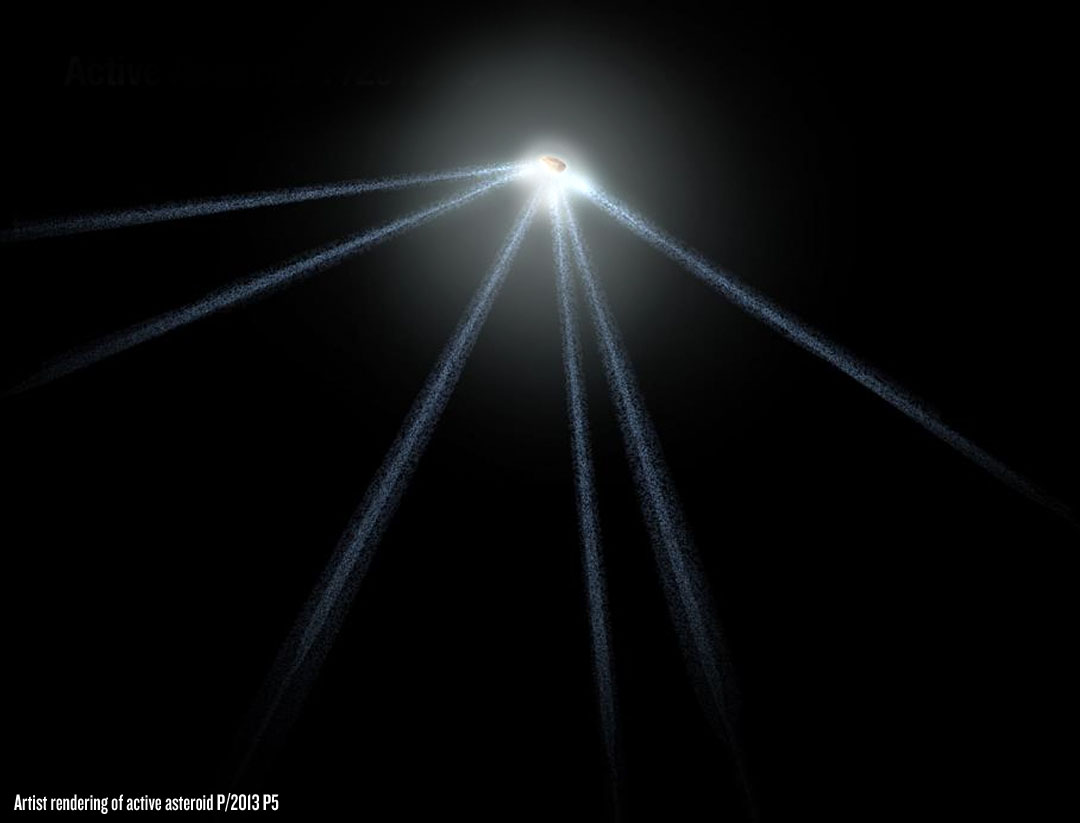 Previous post:
LINKguide (November 7, 2013) Next Post:
Break Out The Kleenex: This Young Man Just Made His Entire Class Cry From His Bravery