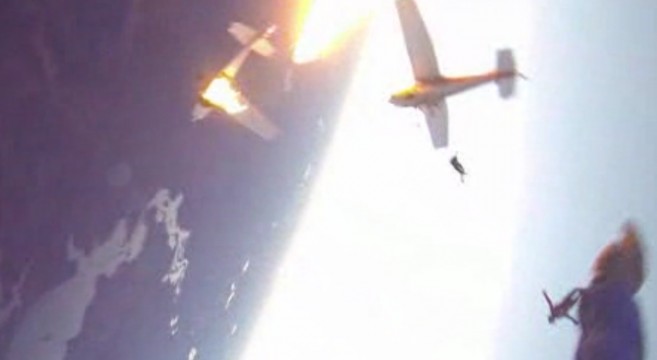 NBC NEWS obtained exclusive footage of the insane plane crash that happened this weekend in the skies above northwest Wisconsin near Lake Superior.  In the video you will see one skydiving plane get pulled into the tailwind of another as the skydivers were in the middle of preparing to jump out of the hatch.  Some of the skydivers were even struck by the flaming debris of the bottom plane as its wings were ripped off.  The most shocking part of the potentially castrophic event is that everyone involved survived.  Sadly, that same good fate did not come to the seven crew members who lost their lives in the now infamous U.S. civilian cargo plane crash which occurred in May 2013 at the Bagram airbase in Afghanistan.  It is by far the most horrific plane crash I have ever seen, and you can learn more about why it happened at CNN.com.