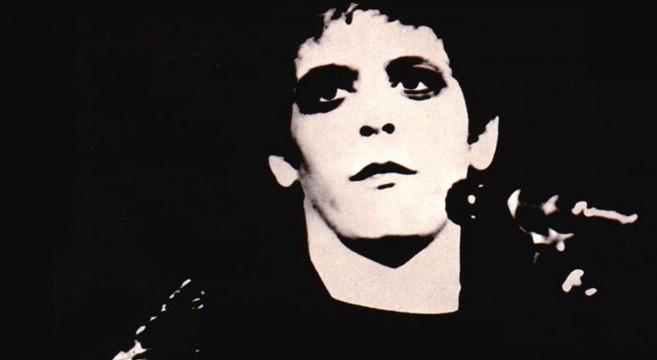 Rock n’ roll legend and punk poet Lou Reed passed away this past Sunday at the age of 71.  Reed, the guitarist, vocalist, and principal songwriter of The Velvet Underground, went on to a solo career that lasted decades.  Few have had more influence on the world of Rock than Lou Reed, and in this sense he will live forever.  A few months before his death, Reed penned a review of Kanye West’s Yeezus, where he praises the album’s contradictions.  “Very often, he’ll have this very monotonous section going and then, suddenly  — ‘BAP! BAP! BAP! BAP!’ he disrupts the whole thing and we’re on to something new that’s absolutely incredible,” Reed writes.  “That’s architecture, that’s structure — this guy is seriously smart.  He keeps unbalancing you.  He’ll pile on all this sound and then suddenly pull it away, all the way to complete silence, and then there’s a scream or a beautiful melody, right there in your face. T hat’s what I call a sucker punch.  He seems to have insinuated in a recent New York Times interview that ‘My Beautiful Dark, Twisted Fantasy’ was to make up for stupid shit he’d done.  And now, with this album, it’s ‘Now that you like me, I’m going to make you unlike me.’  It’s a dare.  It’s braggadoccio.  Axl Rose has done that too, lots of people have.  ‘I Am a God’  — I mean, with a song title like that, he’s just begging people to attack him.”  You can read Lou Reed’s review of Kanye West’s Yeezus in full by visiting TheTalkHouse.com.

Previous post:
Ambient Awareness: How Technology & Social Media Is Changing Our Minds For The Better Next Post:
‘Scientific American’ Takes A Fascinating Look At The Psychological Power Of Satan