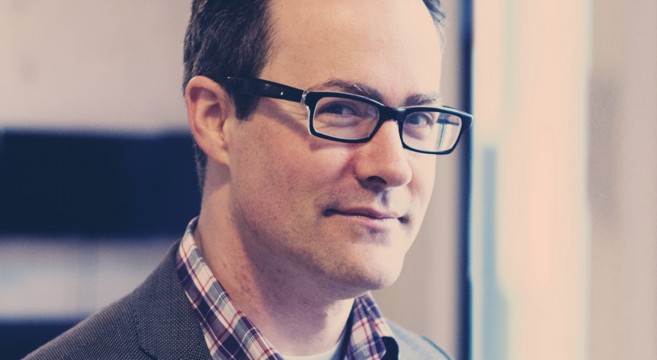 Ambient Awareness: How Technology & Social Media Is Changing Our Minds For The Better

The evolutionary processes that have favored the development of complex social behaviors in the human species have also led to the enormous brain architecture that is required to supports this social behaviour.  The human brain, in particular the neocortex (the outermost layer), is significantly larger in humans than it is in our fellow primates and other mammals of similar size.  The huge neocortex regions in each of our brains are the engines behind our higher social cognition, such as conscious thought, language, behavioral and emotional regulation, as well as empathy and theory of mind (the ability to understand the feelings and intentions of others).  We are wired to be interacting with others, and our “social brain” makes us unlike any other creature on Earth.

The complex social behaviors that have built our civilization — from agriculture, to the creation of cities — continues to evolve as well.  The Internet representing the newest and most impressive evolutionary peak that has revolutionized how we communicate with one another.  The emergence of social media has happened so fast, we are still trying to understand exactly what it is and how it is affecting us.  The overwhelming bulk of op-eds out there would seem to indicate that social media is having a detrimental influence on our behavior, but New York Times Magazine contributing writer and Wired columnist Clive Thompson wholeheartedly disagrees.  In his brand new book Smarter Than You Think: How Technology is Changing Our Minds for the Better, Thompson builds a fascinating argument on how social media is having a profoundly beneficial impact on who we are and who we are becoming.

The Internet age, Thompson argues, has produced bold new forms of human cognition, worthy of both celebration and investigation. We learn more and retain the information longer, write and think with global audiences, and even gain an ESP-like awareness of the world around us.  In Smarter Than You Think, Thompson documents how every technological innovation — from the printing press to the telegraph — has provoked the very same anxieties that plague us today.  We panic that life will never be the same, that our attentions are eroding, that culture is being trivialized.  But as in the past, we adapt—learning to use the new and retaining what’s good of the old.  In a terrific interview, The New Yorker’s Michael Agger sat down with Thompson to discuss the ideas raised in the book, and the following is an excerpt:

THE NEW YORKER:  You’ve written a book about how technology is “changing our minds for the better.”  Have readers been agreeing or disagreeing with you?

CLIVE THOMPSON:  I’ve had a lot of positive feedback to my discussion of “ambient awareness” — which is the deep, rich, intellectual, and social connections we develop with each other via short-form status updates.  Most people have been trained — via a parade of gloomy op-eds in their newspapers — to think of their online utterances as mere “narcissism”; that there could be no conceivable value in tweeting or using Instagram or using Facebook, apart from a sort of constant shilling of the self.  So when I point out the interesting social science that underpins some of the pleasures and values of persistent connection to each other, I’ve found that people are really excited about that.  It resonates.

THE NEW YORKER: What do you think of the idea that the Internet — as a virtual space where we can trade ideas, art projects, and videos, and become enormously popular doing so — has replaced cities as the centers of creative cultural ferment?

CLIVE THOMPSON:  I don’t think the Internet has replaced cities in any significant way, nor really could it.  Cities are dynamic — and deeply seductive for the people who flock there — because they broker all sorts of fantastic and useful connections, cultural and economic and social.  And the types of face-to-face connections and serendipity that you get in a city are quite different from the ones you get online.  That said, there are deep similarities in the things we enjoy about cities and the things we enjoy about the Internet!  In both cases, the density of connections is what brings the real intellectual fun and joy.  Edward Glaeser famously argued that cities increase the productivity and creativity of people within them.  I suspect the Internet has a very similar effect for folks who use it mindfully.

THE NEW YORKER:  One problem with social media is its relentless quality.  Are we all really just going to keep on tweeting forever?

CLIVE THOMPSON:  I think people are going to continue to enjoy ambient contact.  Twitter may (and probably will, possibly soon) die off; Facebook may (and probably will, possibly soon) die off; indeed, every geegaw we’re using to communicate with each other will die off and be replaced by something new.  But that essential behavior — broadcasting bits of our thinkings and doings to other people who are interested to know them — will continue, in whatever form.  I suspect it’ll continue because it’s a historically robust behavior.  For centuries, we paid ambient attention to each other, and used our joint awareness for lots of good things.  Studies of journalists in their offices or subway-router workers in their offices, for example, found they’ve always done a lot of “talking out loud” — talking to the room, to no one in particular, because it helped create a floating group self-awareness of what everyone was doing and thinking, and this helped groups of people collaborate.  So it’s an old, venerable cognitive technique.  It’s just that we now do it with disparate minds, connected over long distances, in interesting new ways.

You can read The New Yorker’s interview with Clive Thompson in full by visiting NewYorker.com, and for more stories like this be sure to follow The New Yorker on Facebook and Twitter.  For more information on Clive Thompson’s Smarter Than You Think you can visit SmarterThanYouThink.net, check out his blog at CollisionDetection.net, follow him on Twitter, and read his fascinating 2008 piece written for The New York Times entitled Brave New World of Digital Intimacy.  I have also embedded a couple of videos featuring Thompson, as well as E.O. Wilson’s recent appearance on Charlie Rose where he discusses his new book The Social Conquest Of Earth.

Previous post:
20th Anniversary Of “The Nightmare Before Christmas” And The Amazing Story Of How It Happened Next Post:
Read Lou Reed’s Review Of Kanye West’s “Yeezus” Which He Wrote Just Before He Died