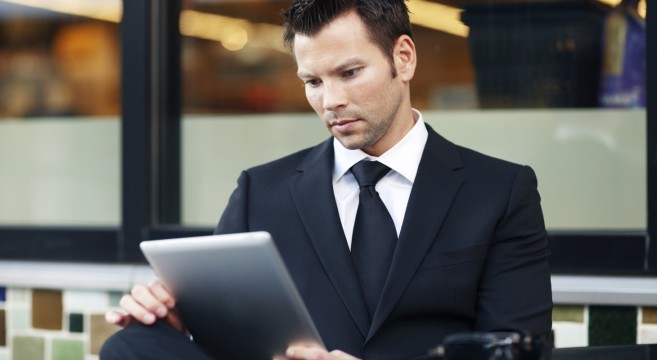 Laptop Thigh, iPhone Posture, Nomophobia And More: All The Ailments You’re Getting From Your Devices

In just the past ten years we’ve witnessed a remarkable new crop of tech products unleashed into our lives which have subsequently changed the modern world as we know it.  From cell phones to iPhones to iPads and more, these products have become such an integral part of our daily lives that they are beginning to affect our bodies and our health.  Technological evolution is swift indeed, but human evolution is having trouble catching up.

There are several ways in which our devices are creating new ailments that are having a direct impact on our health.  Sleep deprivation is one way our new gadgets are affecting our bodies.  The bright light emitted from our devices suppresses the release of melatonin, a hormone essential to being able to enter “deep sleep” mode.  The fact that 75% of 18 to 44-year-olds sleep within arm’s reach of their gadgets gives some indication as to how prevalent this new sleep problem is.  Nomophobia is another disturbing ailment.  Short for “no-mobile-phone phobia,” nomophobia is caused by withdrawal symptoms from not having access to one’s mobile phone.  Symptoms include trembling, sweating, and nausea.  Another emerging ailment is cybersickness (i.e. kinetosis) which is caused by the 3D effect on iPhones and iPads.  In order to create the illusion that a graphic is in 3-dimensions, the deeper part of the renderings in the background tend to move slower than the part of the rendering in the foreground.  The forced perspective trick can trigger migraines, nausea, and vertigo in an alarming number of individuals.

You can get the full list of 8 new ailments, including iPosture, testing thumb, scrotal hypothermia, and more, by visiting NYmag.com.