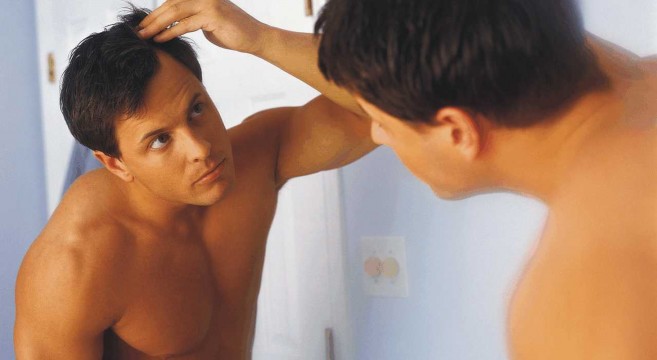 Researchers Confident They Have Finally Discovered The Cure For Baldness

Hair loss or baldness (technically known as alopecia) is a loss of hair from the head or body, and affects countless men, women, and children around the world.  Now a breakthrough out of Columbia University Medical Center in New York suggests a cure may finally have been found.  “If it works in humans, it actually opens up the possibility of hair restoration for many more patients than are currently available,” study co-leader Angela Christiano, a dermatology professor at Columbia University Medical Center, told NBC News.  Joy Jernigan of NBC News writes: “In the study, Christiano and colleagues took dermal papillae — cells inside the base of human hair follicles — from seven donors and cloned the cells in tissue culture.  After a few days, the cells were transplanted onto human skin that had been grafted onto the backs of mice.  The transplants resulted in new hair growth lasting at least six weeks in five of the seven tests, according to the findings.  DNA analysis confirmed that the new hair follicles genetically matched the human donors.  The research is in its early stages, so it may be years before this science makes its way to the marketplace to help men and women with notable hair loss by age 60.”  The study was published Monday in the online edition of the Proceedings of the National Academy of Sciences..

Previous post:
LINKguide (October 21, 2013) Next Post:
The San Francisco Exodus: How One Of America’s Greatest Cities Is Collapsing